No mention of opposition leader Alexey Navalny was too small to attract scrutiny from Putin’s vast surveillance state, according to report 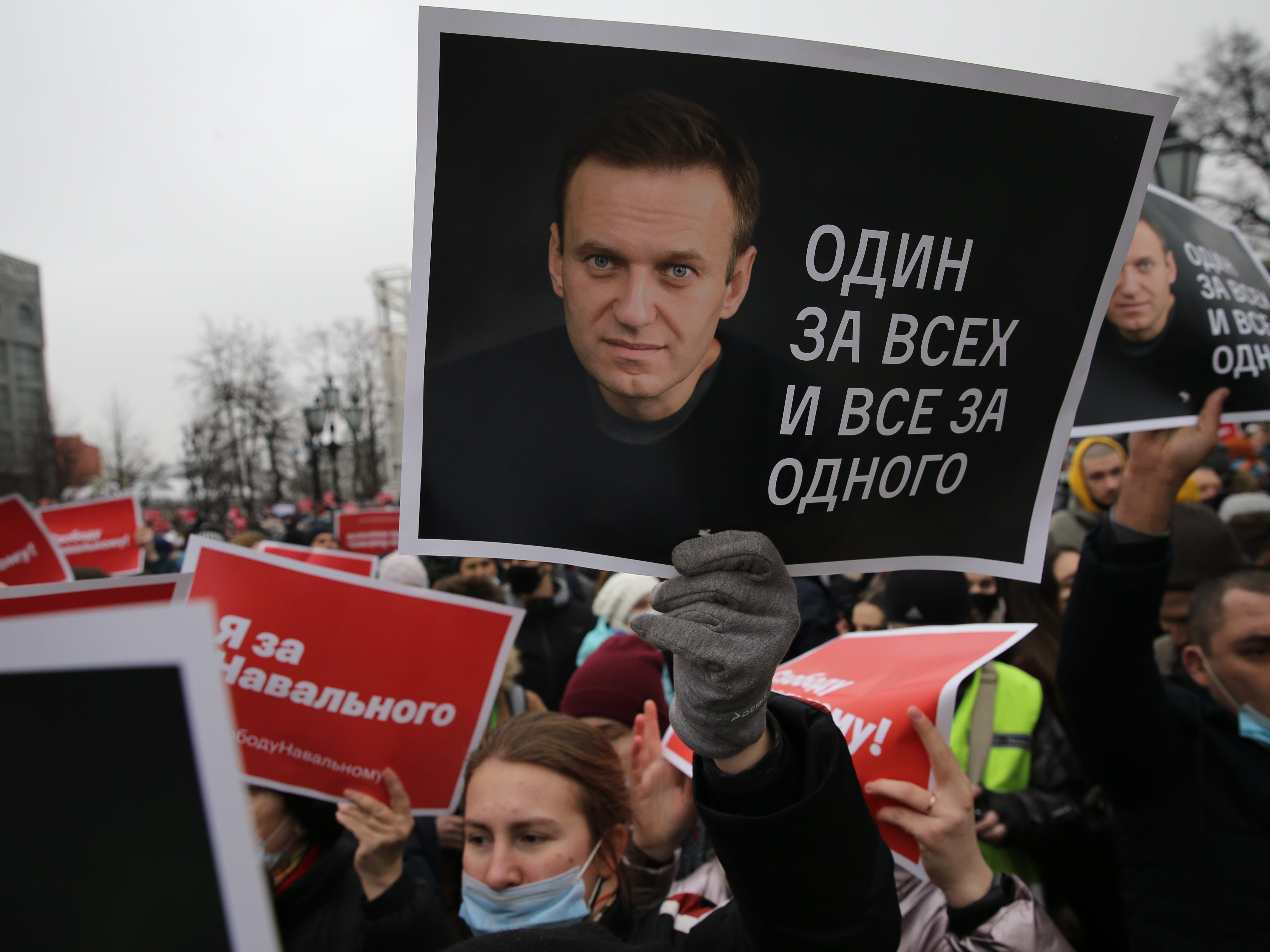 Participants of an unauthorized protest rally against of jailing of opposition leader Alexei Navalny shout, on January 23, 2021 in Moscow, Russia.

The Russian agency tasked with monitoring the internet was obsessed with dissident Alexey Navalny.
The New York Times analyzed a trove of leaked Roskomnadzor records in a Thursday report.
The documents highlight the dedicated nature of Putin’s surveillance apparatus.

The Times on Thursday published a sprawling analysis of the nearly 160,000 records from Roskomnadzor’s Bashkortostan office, highlighting the authoritarian tactics that Russia’s mighty internet regulator employs to maintain control and quickly curb dissent.

The documents offer a glimpse into Russia’s colossal surveillance apparatus, which intercepts phone calls, monitors individuals’ internet use, and promotes disinformation, on top of scouring the web for people promoting drug legalization or “sexual freedoms,” according to the report.

Roskomnadzor’s Bashkortostan office kicked into overdrive during the first few weeks of the war in Ukraine, The Times reported, with the agency monitoring online reactions to reports that Russians who dared protest the conflict were met with detentions or worse.

The agency surveilled and targeted a 24-year-old political activist who posted an Instagram photo of herself protesting the war alone in Bashkortostan. Police later arrested her, keeping her in jail overnight, according to the outlet.

Laysan Sultangareyeva, the detained demonstrator, told the newspaper that the police intimidated her, forced her to take a drug test, and asked if she supported Navalny.

The Roskomnadzor records, though representative of only one of Russia’s 85 regions, make clear that the authorities think Navalny remains a threat.

The prominent Kremlin critic, who is serving time in a Russian penal colony after being convicted of fraud and contempt of court, garnered special attention from Roskomnadzor workers. Any articles, social media comments, or even websites where his name simply appeared in marginal links, were flagged by the agency, according to The Times.

Roskomnadzor in conjunction with other facets of Russia’s surveillance state also targeted anyone who supported Navalny, records show. Lilia Chanysheva, a 40-year-old lawyer and longtime Navalny ally who started a regional office for the dissident in 2017, was a particular target of the agency.

Chanysheva, according to The Times, planned demonstrations and offered legal aid to those in need, but was also subject to random searches and frequent arrests as Roskomnadzor kept careful watch over her activities.

Records from the Bashkortostan office show Chanysheva was placed at the top of an agency list recommending people for further surveillance, and a later spreadsheet detailing “leaders of opinion” included her social media accounts and follower totals, according to The Times.

The Kremlin in April 2021 characterized Navalny’s organizations as illegal extremist groups, prompting many of his supporters to flee the country. Chanysheva stayed and was arrested on extremism charges in November 2021. Like Navalny, she remains detained, where she faces ten years in prison.

Trump’s return to social media could help him reach more people, but that could actually hurt him by highlighting his volatility — especially compared to a more composed Ron DeSantis