John Fetterman explains the meanings behind his tattoos: ‘I get that etching art permanently onto your body isn’t how most politicians would express their connection to their communities’ 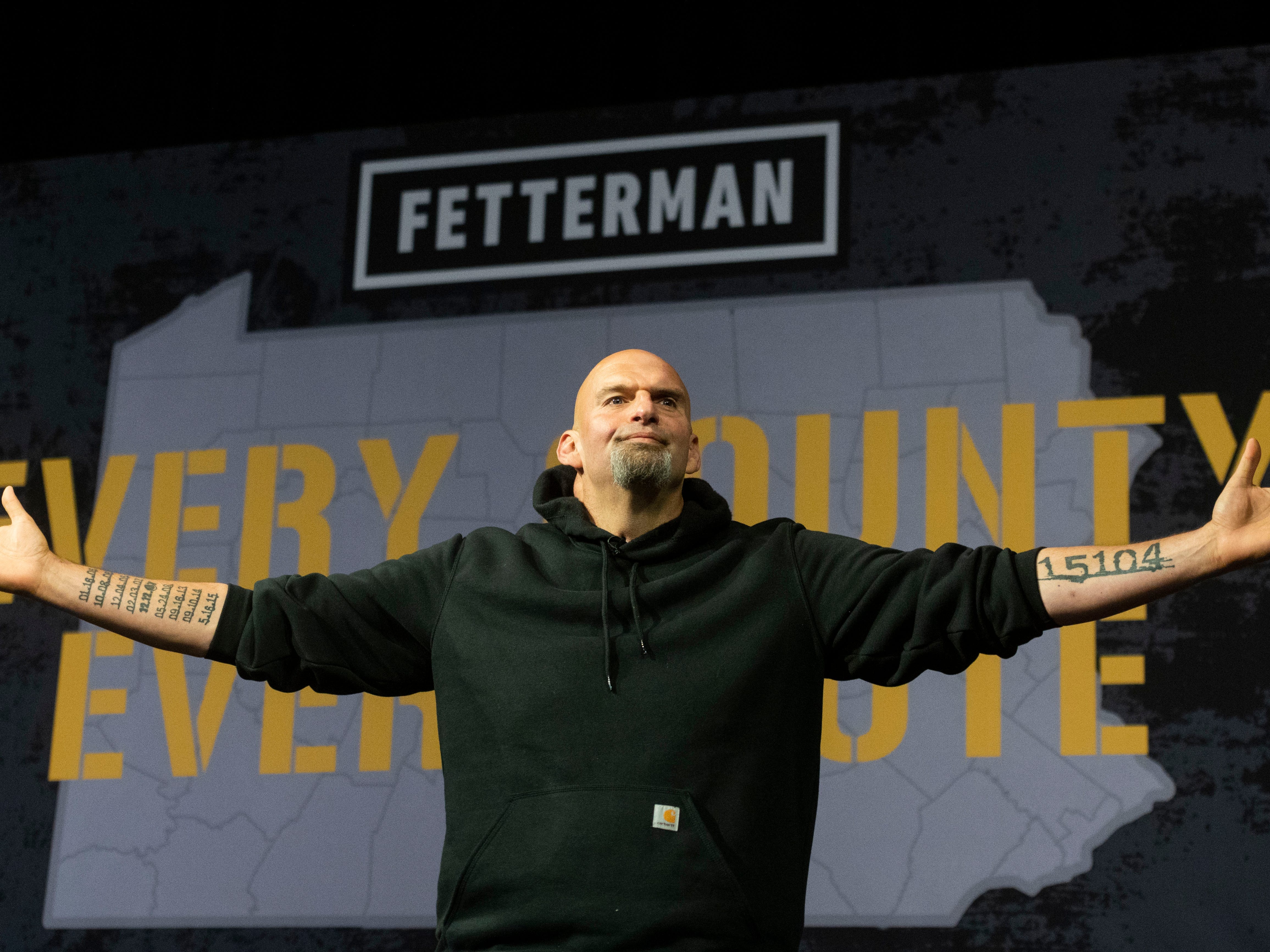 Democratic Senate candidate Lt. Gov. John Fetterman (D-PA) is welcomed on stage during a rally at the Bayfront Convention Center on August 12, 2022 in Erie, Pennsylvania.

Fox News Host Tucker Carlson took shots at John Fetterman earlier this month over the candidate’s tattoos.
Fetterman responded by talking about the meanings behind his body art.
“They are reminders of the people we have lost and what I am fighting for,” Fetterman said.

Fetterman’s op-ed highlighted a specific portion from Carlson’s September 7 rant where he said: “All your stupid little fake tattoos, it’s a costume, of course. Duh, it’s not real.” Carlson also accused Fetterman, the former mayor of Braddock, Pennsylvania, of not being tough on crime.

“Gun violence and violent crime might be a joke to someone like Carlson, but they are very real to people in towns like Braddock,” Fetterman wrote.

Fetterman said he has nine dates tattooed on his arm to represent the violent deaths that occurred in Braddock during his tenure as mayor — including the death of a 23-month-old who was sexually abused and left to die in the snow and a man who was fatally shot while delivering pizzas.

“They are not some ‘costume.’ They are reminders of the people we have lost and what I am fighting for,” he added.

Fetterman, a Democrat, is up against former talk show host Dr. Mehmet Oz, a Republican, for a seat in the US Senate.

Fetterman acknowledged that “etching art permanently onto your body isn’t how most politicians would express their connection to their communities.”

“My decision to mark these deaths with tattoos was inspired in part by their permanence — the fact that these people, their stories, and my town will be with me forever,” he added.