Rep. Nancy Mace, who voted against impeaching Trump, says there’s ‘a lot of pressure’ on Republicans to impeach Biden: ‘I think that is something that some folks are considering’ 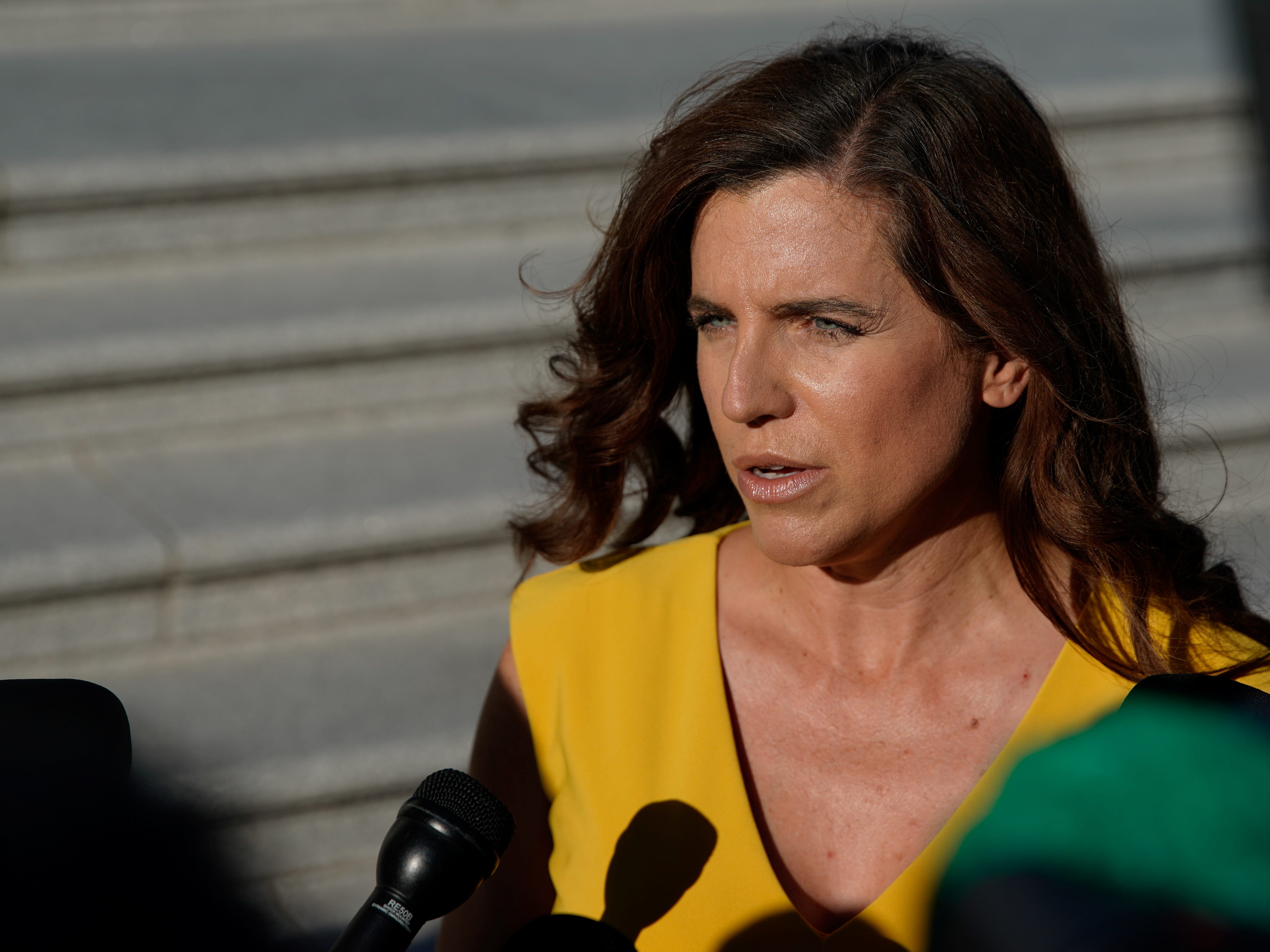 U.S. Representative Nancy Mace (R-SC) talks to reporters after a vote to hold longtime Donald Trump ally Steve Bannon in contempt of Congress at the U.S. Capitol in Washington

Rep. Nancy Mace says there’s “a lot of pressure” on Republicans to impeach President Biden.
On NBC’s Meet The Press, Mace said impeachment is being considered by some in the GOP.
She told host Chuck Todd that if the party chooses to hold a vote, she believes it will be divisive.

Rep. Nancy Mace says there’s pressure on Republicans to vote to impeach President Biden if the party wins the midterms and gains control of the House.

Mace was on NBC’s Meet The Press on Sunday, speaking with host Chuck Todd who asked: “Do you expect an impeachment vote against President Biden if Republicans take over the House?”

The South Carolina congresswoman answered, “there’s a lot of pressure on Republicans to have that vote, to put that legislation forward. I think that is something that some folks are considering.”

To which Todd responded, simply: “Wow.”

On Wednesday, Rep. Adam Kinzinger said a GOP-majority Congress might try to impeach the president every week. Kinzinger was referring to Georgia Rep. Marjorie Taylor Greene, who has made impeaching Biden part of her official platform.

When asked by Todd how she would vote if impeachment was on the floor, Mace said she would look at the evidence and vote constitutionally.

“I will not vote for impeachment of any president if I feel that due process has been stripped away for anyone,” she told Todd.

Mace said if the party chooses to hold this vote, she believes it will be divisive. “Which is why I pushed back on it personally when I hear folks saying they’re going to file articles of impeachment in the House,” she said.

While Mace voted against impeaching former President Donald Trump, she was critical of his role on January 6, telling CNN that Trump’s “entire legacy was wiped out” in the aftermath of the Capitol riots.

Before January 6, Mace was a supporter of Trump’s and even worked for his campaign in 2016.

During the interview with NBC, Todd asked the congresswoman if she would back Trump’s presidential bid in 2024.

“I’m going to support whomever Republicans nominate in ’24,” she said.

Representatives for Mace did not immediately respond to Insider’s request for comment.

Having any life insurance coverage is smart, but experts say you can do even better with these 5 strategies

Having any life insurance coverage is smart, but experts say you can do even better with these 5 strategies