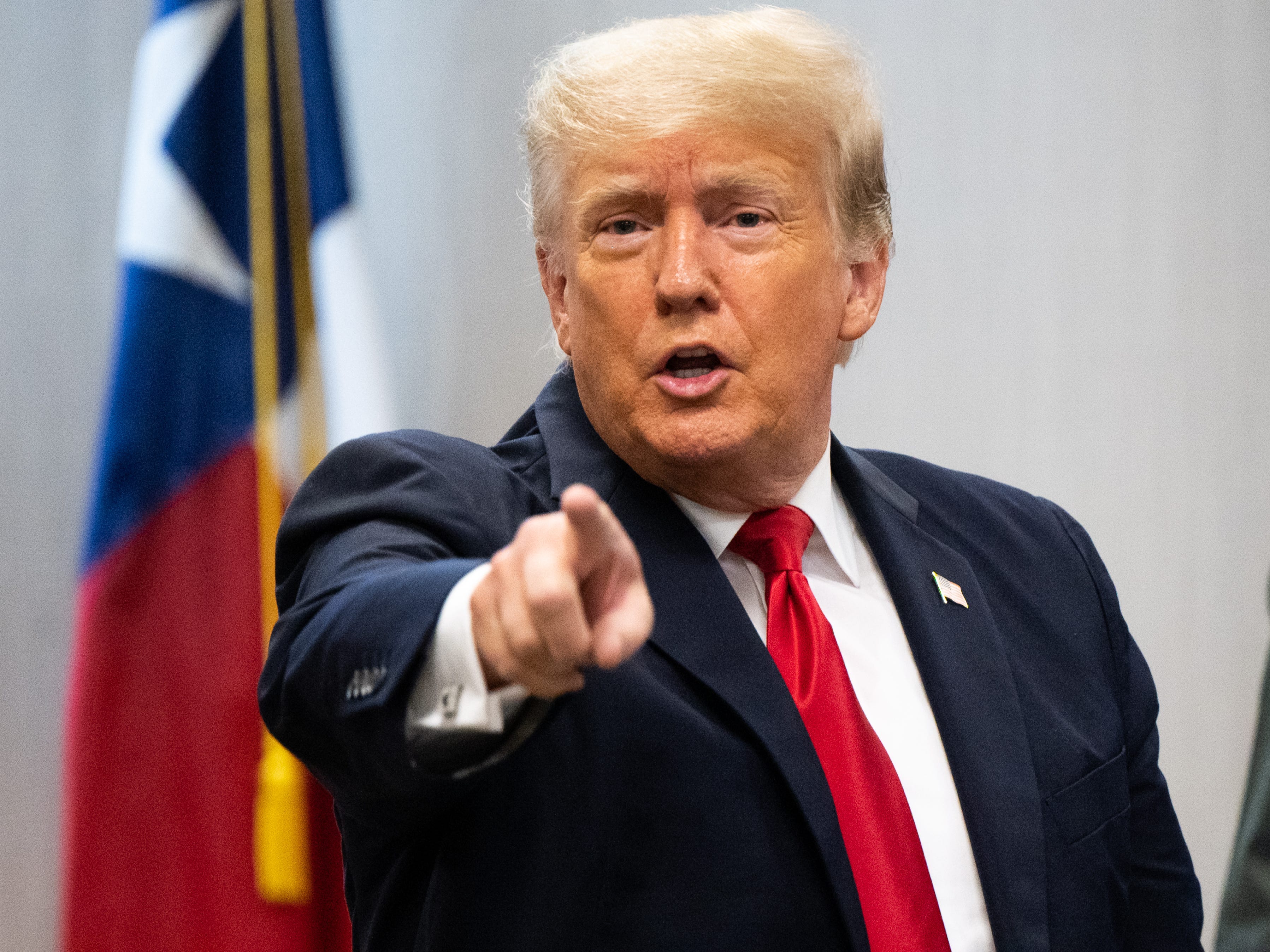 Former President Donald Trump faces a lawsuit that accuses him of using “The Celebrity Apprentice” to promote a multi-level marketing scam.

Donald Trump could have a high-profile deposition in a class-action lawsuit delayed.This is because Trump is waiting out Hurricane Ian at his Mar-a-Lago residence in Florida.The lawsuit accuses Trump of promoting a scam multi-level marketing scheme.

Former President Donald Trump’s deposition in a class-action lawsuit, set for Friday, could be delayed as he and his legal team are holed up at Mar-a-Lago as Hurricane Ian continues to batter Florida.

Court filings on Wednesday revealed a terse exchange between Trump’s counsel and lawyers representing the plaintiffs in the suit, which accuses Trump of using the reality TV show “The Celebrity Apprentice” to promote a multi-level marketing scam.

In a letter to Judge Sarah Cave, one of the plaintiffs’ lawyers, John Quinn, said he was informed that Trump’s team would not move the deposition to Bedminster, New Jersey, despite the storm.

Quinn wrote that Trump’s lawyer, Clifford Robert, had called him on Tuesday to tell him that the Trump team was boarding a flight to Palm Beach.

“I expressed some surprise — I believe I used the word ‘walloped’ — but Mr. Robert indicated they were flying down anyway,” Quinn wrote in his letter.

He added that he could not reach Robert and his colleague by phone or email on Wednesday afternoon.

“Accordingly, the last we heard is that Defendants insist the deposition go forward at Mar-a-Lago and on Friday. With all respect, we do not believe that is prudent or safe,” Quinn wrote, appending a map of Hurricane Ian’s predicted trajectory across Florida.

Trump’s legal team fired back a response to Quinn and his team on Wednesday, accusing them of making “disingenuous and misleading statements” and attempting to cancel the deposition. Trump’s team also asked that the deposition be conducted remotely to meet the court’s deadline for discovery.

“Now that we have all traveled to West Palm Beach, and are currently sitting in the middle of a hurricane while Plaintiffs’ counsel enjoys the comforts of home, Plaintiffs have the gall to request that the deposition for which Defendants spent considerable time and resources preparing be canceled less than 48 hours prior to its scheduled date and time,” Robert wrote.

“President Trump stands ready, willing, and able to proceed with his deposition on Friday,” Robert wrote.

On Wednesday, Cave granted an extension for the deposition and said in her decision that she did so “out of concern for the safety of the parties, court reporter, videographer, and any other required attendees” at the deposition. The new deadline for Trump to sit for his deposition is October 31.

It’s unclear if Trump’s legal team will shift the deposition’s location to Bedminster or if they will ask to hold it at a later date.

Robert and a representative at Trump’s post-presidential press office did not immediately respond to Insider’s requests for comment.

Earlier this week, Michael Cohen commented that Trump would likely use tactics from his “playbook” to deal with his mounting legal troubles.

In October 2020, Insider’s Yelena Dzhanova reported that four plaintiffs were suing Trump, stating that they lost thousands of dollars in a multi-level marketing scheme promoted on “The Celebrity Apprentice,” in which Trump starred from 2008 to 2015.

Trump raked in $8.8 million from a multi-level marketing company, ACN, between 2005 and 2015. Per The New York Times analysis of his taxes, the amount was a lifeline that saved Trump from certain financial ruin.

ACN and Trump have denied wrongdoing and said the lawsuit has been politically motivated.