One of BlackRock’s most senior executives said transitioning to a low-carbon economy is key to growing its alts business. This belief comes as the money manager faces heavy scrutiny over its ESG stance. 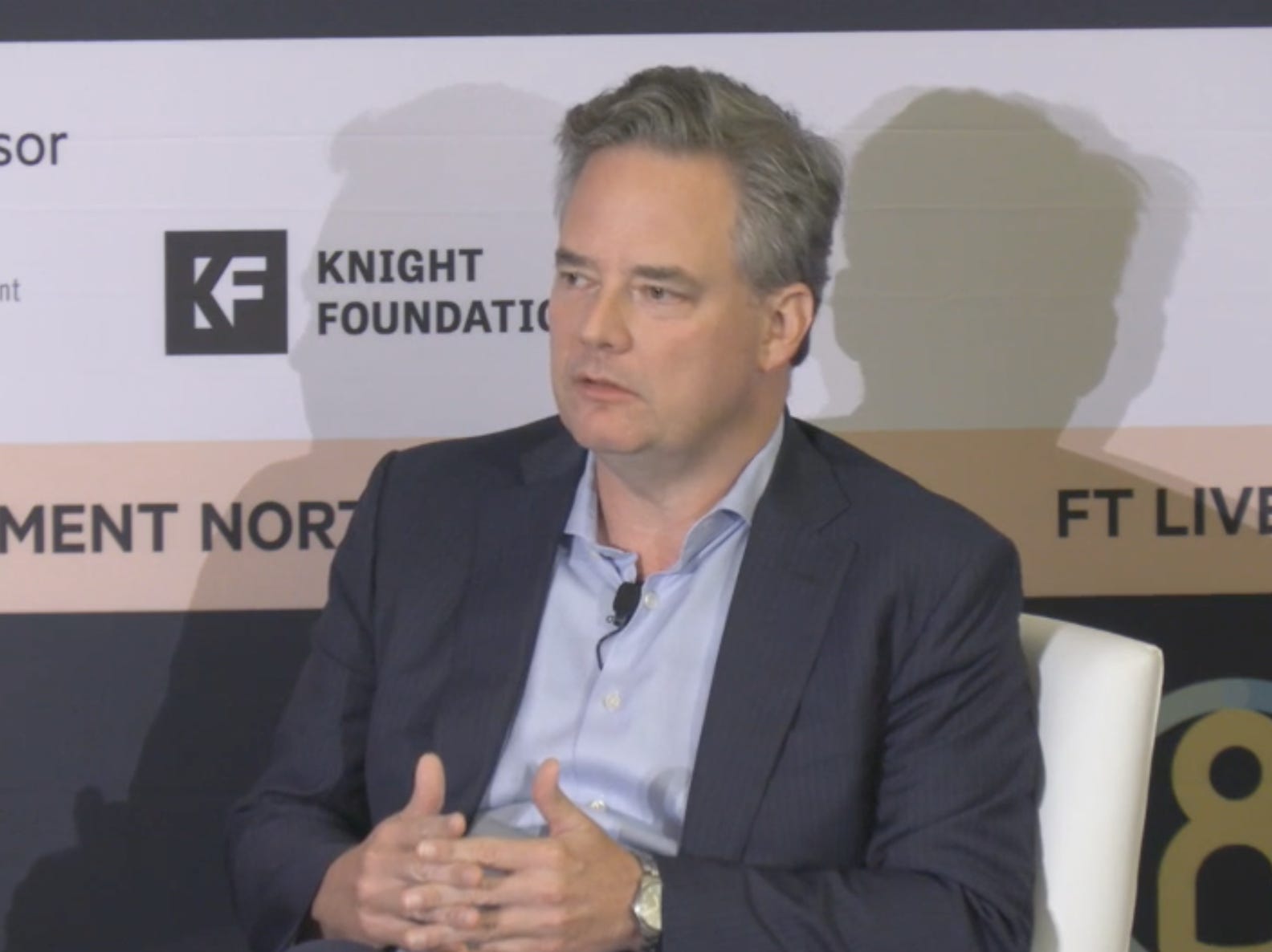 Hi. Aaron Weinman here. BlackRock’s bullish stance on all things environmental, social, and governance has drawn criticism from a number of politicians, both conservative and progressive.

Those on the left of the aisle argue the asset manager could do more to support a transition to a low-carbon economy, while conservatives reckon BlackRock’s position on the climate crisis ostracizes heavy-carbon emitting industries.

BlackRock’s head of international and corporate strategy, Mark Wiedman, told a conference panel that helping finance the transition is an integral way to grow the firm’s private-equity unit, and by extension, its alternative-assets business.

Before we get into that, however, it’s also time for our Banker of the Week!

1. BlackRock is after new ways to finance the energy transition. Mark Wiedman, a top executive at the firm, said such an effort could bring together the firm’s private equity, infrastructure, and credit capabilities.

The asset manager oversees about $35 billion in private-equity client assets as part of its burgeoning alternative-assets business. In fact, it’s one of the world’s largest alternatives managers.

And with the expansion of private markets and pressures on stocks and bonds, BlackRock senses an opportunity to leverage the energy transition as a means to beef up its private-equity offering, reports Insider’s Rebecca Ungarino.

The firm, however, has not been spared the wrath of a divisive political environment, with representatives on both sides of the aisle taking shots at BlackRock’s strategy toward ESG matters.

Rebecca Ungarino has the full story with Wiedman here.

Reed Switzer is the cofounder and CEO of Hopscotch.

2. Hopscotch, a B2B payments fintech, is aiming to be a Venmo-like tool for businesses. Reed Switzer, its 22-year-old founder, was inspired after paying vendors for his apparel brand with paper checks.

3. TripActions has confidentially filed for an initial public offering, Insider exclusively reported. The firm is targeting a $12 billion valuation and aims to go public next year.

4. Staying on IPOs, Porsche’s long-awaited share sale valued the carmaker at about $72 billion. Parent company Volkswagen raised nearly $19 billion via the IPO to fund its electrification drive. Porsche’s IPO is the biggest listing in Germany since 1996.

5. While equity-capital-markets bankers had a deal to cheer about, the debt markets are on the fritz. A group of banks led by Bank of America and Barclays were set to cancel a $3.9 billion deal comprising bonds and loans that would have supported Apollo’s purchase of some assets owned by telecommunications company Lumen Technologies, Reuters reported.

6. Royal Bank of Canada’s investment-banking arm has cut 1% of its US team, Bloomberg reported. The reductions were focused on junior staff, and in line with the bank’s standard annual changes. RBC still plans to make senior hires.

7. NBA stars LeBron James, Draymond Green, and Kevin Love are investing in a professional pickleball team. Major League Pickleball will be expanding to 16 teams from 12 next year, and play in six cities throughout the US.

9. Commercial real estate has entered troublesome territory as buying is all but halted. Property values may drop some 20% to 30%, according to one analyst.

10. And here’s our Friday Banker of the Week. Meet Danielle Poli, a managing director and co-portfolio manager of Oaktree Capital, who looks after the firm’s diversified-income fund, an effort that’s less than a year old.

Poli sat down with me just hours before boarding a flight to Australia, and she dissected the best ways to net a return in credit markets like high-yield bonds and leveraged loans.

With $8 billion in assets under management, she said diversity in credit markets is the key to netting a solid return in today’s choppy markets.

She dabbles in public securities, private credit, and structured products like collateralized loan obligations, and many of these asset classes could unlock double-digit yields — you just have to pick the right credit to invest in.

Check out the full story here.