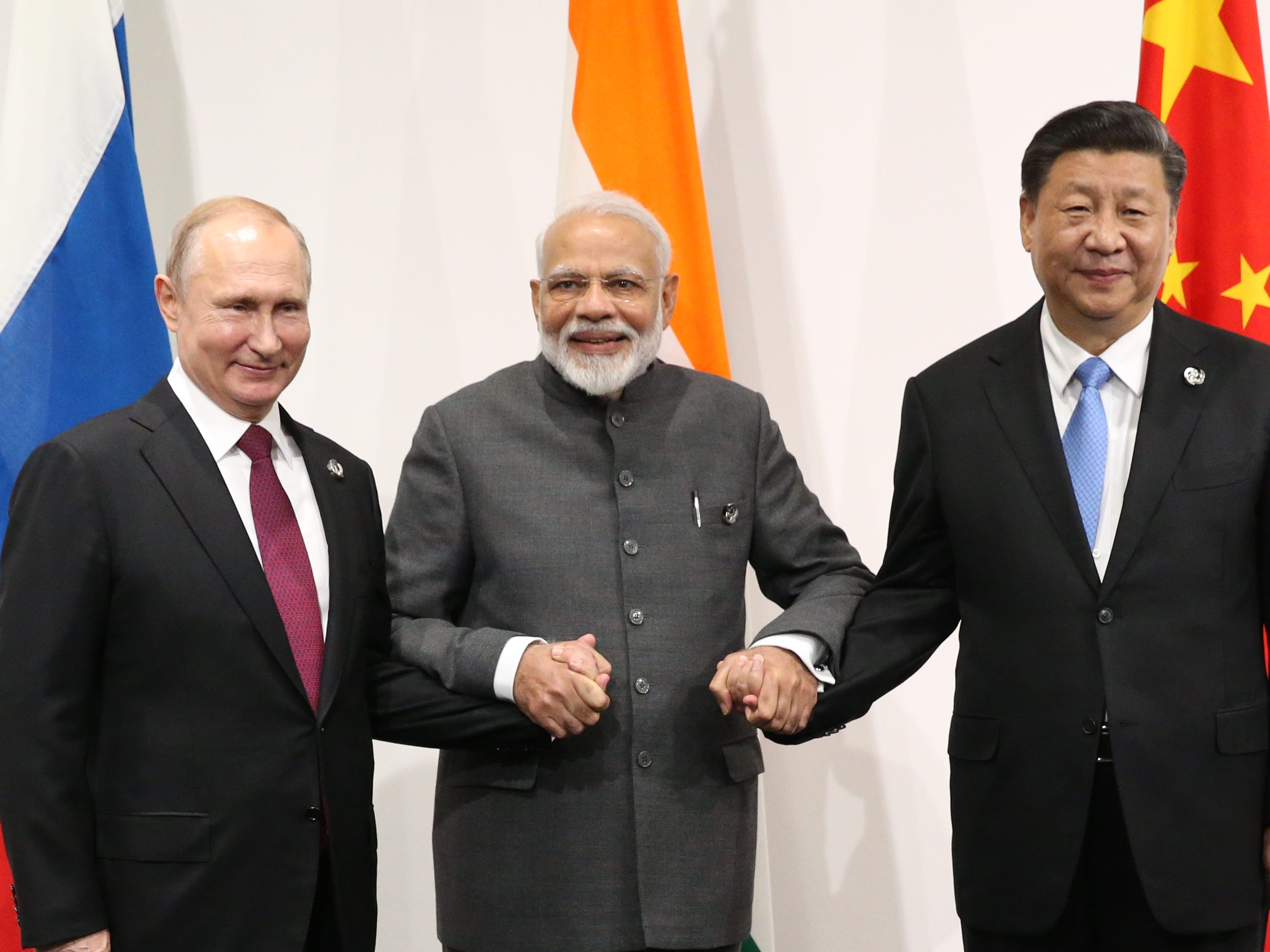 China and India, key partners to Russia, have recently expressed concerns to Putin about the war.
Putin on Friday declared four regions of Ukraine part of Russia, a move rejected by the West.
In a UN vote condemning the annexation as illegal, China and India both abstained.

China and India on Friday abstained from voting on a United Nations resolution condemning Russia for claiming it had annexed parts of Ukraine.

Russian President Vladimir Putin earlier on Friday signed decrees claiming four regions in Ukraine were now part of Russia, a move that was widely rejected by the West as an illegal annexation.

The UN’s 15-member Security Council held a vote on a resolution declaring Putin’s actions illegal and invalid and recognizing the regions are still part of Ukraine, not Russia.

The resolution passed in a 10-1 vote, with Russia being the sole veto vote, the Associated Press reported. China, India, Brazil, and Gabon abstained.

China and India have been powerful partners of Russia during the war, declining to institute sanctions as the West has done. But the UN vote came only weeks after Putin acknowledged his counterparts in both countries expressed concerns about the war.

During a meeting with Chinese President Xi Jinping in Uzbekistan on September 15, Putin acknowledged Xi had “questions and concerns” regarding the war. The following day, Indian Prime Minister Narendra Modi criticized the war during a face-to-face meeting with Putin.

“I know that today’s era is not an era of war, and I have spoken to you on the phone about this,” Modi told Putin, Reuters reported.

One expert previously told Insider that pressure from Xi and Modi — and a fear of losing them as partners — may have partly motivated Putin’s recent escalation of the war by mobilizing troops and threatening nuclear action.

“The evidence of criticism of allies like China or neutral states like India clearly put more pressure on him,” Robert English, a professor at the University of Southern California who studies Russia, the Soviet Union, and Eastern Europe, told Insider.