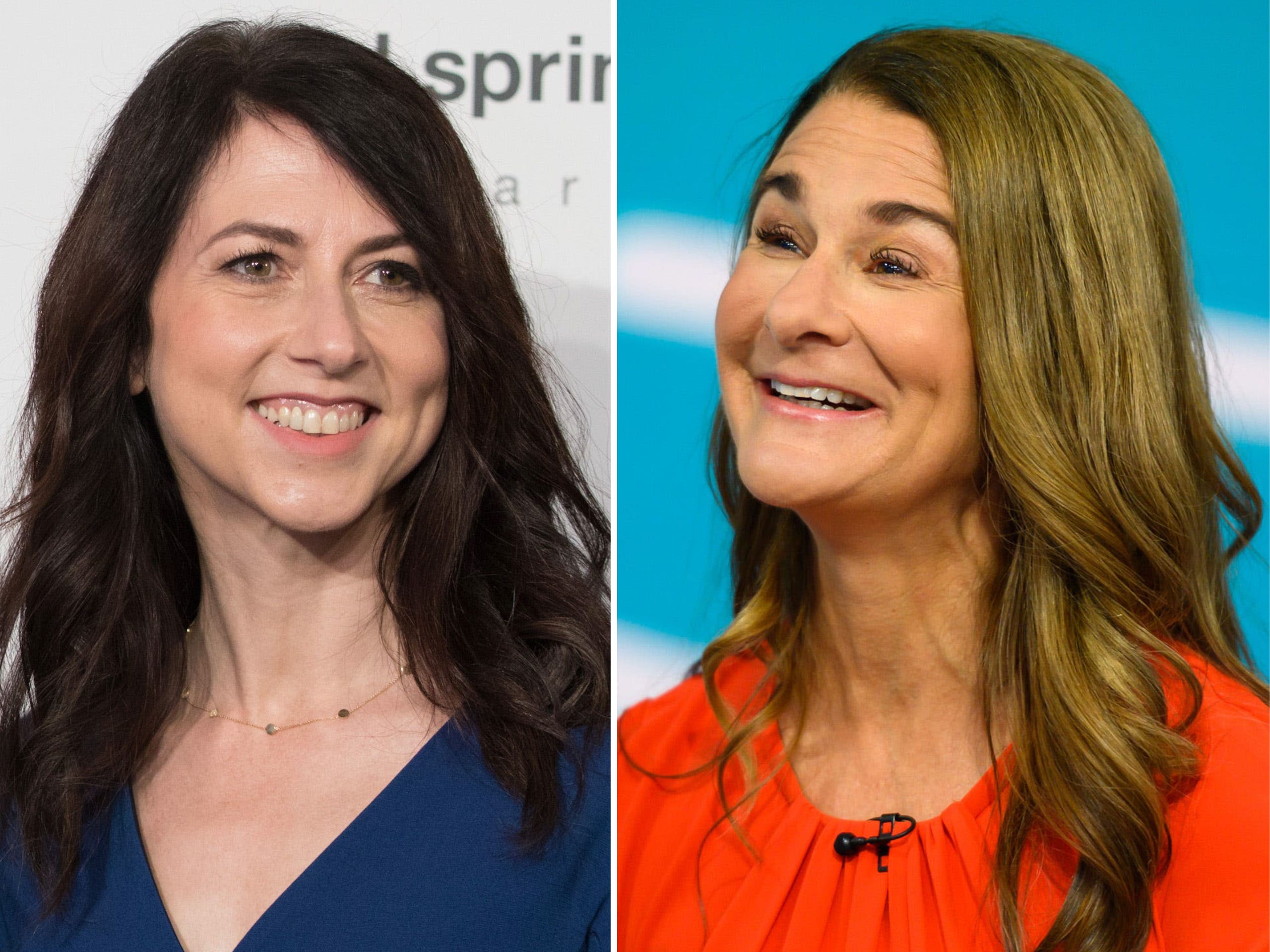 Melinda French Gates and MacKenzie Scott are 2 of the richest women in the world, and they’re well-known for their philanthropy.
Their approaches to giving are different, though: French Gates told Fortune her foundation does more “deep technical work,” while Scott’s giving is “a more trust-based philanthropy.”
French Gates said Scott, who has given more than $12 billion in three years, has a “great model” of giving that may inspire others to donate.

Melinda French Gates and MacKenzie Scott are two of the richest women in the world, but they have different approaches to philanthropy.

In a Fortune interview published Monday, French Gates compared their different strategies. Scott has given away more than $12 billion in the three years since she signed the Giving Pledge, a commitment among some of the world’s wealthiest people to give away most of their wealth to philanthropy in their lifetimes.

“I have huge respect for MacKenzie and for what she’s doing,” French Gates said. “I think she’s doing a more trust-based philanthropy. Don’t kid yourself that there aren’t analytics behind it, but she is creating a signal in the market by saying, “I’m trusting that this person [receiving the gift] knows how to do it.” She’s not building up a big organization and doing deep technical work, right?”

French Gates then explained how she approaches philanthropy herself, discussing her foundation with her ex-husband and Microsoft cofounder, Bill Gates.

French Gates went on to say Scott’s giving philosophy could inspire others.

“A lot of philanthropists come in and look at our foundation and say, ‘Oh, my God, I could never do that,'” French Gates said. “It takes a long time to build an institution. So people are looking for different ways to do it. I think her model is a great model, and I think you’ll see others follow it.”

In a recent Forbes interview, Bill Gates said he and French Gates plan to keep their foundation running for another 25 years to focus on curbing infectious disease. The Bill & Melinda Gates Foundation also focuses its philanthropic efforts on poverty and inequity, the latter of which French Gates recently addressed in another Fortune interview.

“We are the only industrialized country that doesn’t have a robust paid family medical leave policy, and that just shouldn’t be,” she said. “But you have to be frank: There are too many men with seats of power still on Capitol Hill in the United States.”