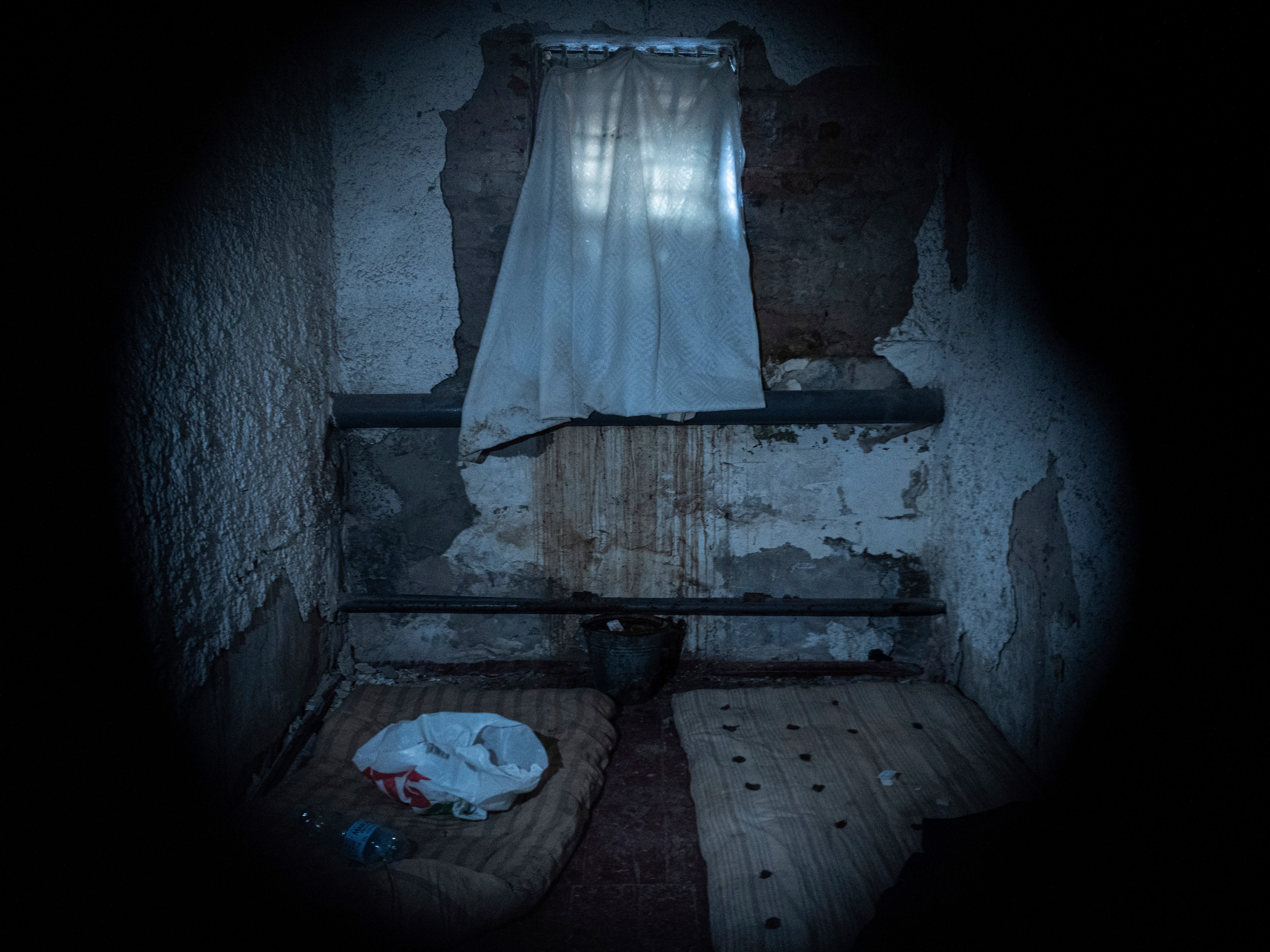 Mattresses lie on the floor in a holding cell at the basement of a police station which was used by Russian forces in the recently liberated town of Izium, Ukraine, Thursday, Sept. 22, 2022.

A Ukrainian woman told The Washington Post she was raped and tortured by Russian soldiers in Izium.
Alla, 52, gave a detailed account of the 10 days she and her husband were held captive.
Her account adds to many reports of rape, torture, and other alleged war crimes by Russian troops.

A 52-year-old Ukrainian woman named Alla said she was subject to physical and sexual abuse at the hands of Russian troops during their occupation of Izium, providing yet another firsthand account of alleged war crimes.

Alla gave The Washington Post a detailed description of what happened during 10 days in July that she was imprisoned by Russian forces, during which she sad she was beaten, raped, and tortured. Afraid she would not survive, Alla said she carved her name and details about what happened to her into the walls of the shed she was held in, including: “ELECTRICAL SHOCK. UNDRESS. PAINFUL.”

“I thought if my son would look for me, he could find these writings and understand that I was there and died there,” she told The Post.

Alla, who requested the outlet use only her first name, said she and her husband, who was also held captive and tortured, were being questioned because of the gas company they both worked for and because their son worked for Ukraine’s internal security service.

The Post visited the site in which Alla said she was held and was able to confirm some aspects of her account. The outlet shared a video of the site with Alla describing what happened to her.

“We’ll beat the Ukrainian out of you here,” she said the Russian soldiers shouted.

She said a Russian commander asked his troops who would rape her first as she shouted “don’t touch me!” At one point, Alla said the Russian commander wanted oral sex but she was screaming the whole time and he “could not get it up.”

Her story follows reports of rape and torture committed by Russian troops that have poured out of Ukraine nearly since the war began in February. In recent months, as successful Ukrainian counteroffensives have pushed back Russian forces, more evidence of war crimes has emerged.

After Russian troops retreated from Izium in September, an Associated Press investigation identified 10 sites across the city in which Russian soldiers had tortured Ukrainian service members and civilians. Ukraine officials also said they discovered a mass burial site containing at least 440 bodies, some of which showed signs of torture, such as evidence of ropes tied around hands and necks.

Investigators commissioned by the United Nations concluded last month that horrific war crimes had been committed in Ukraine. The investigation found Russian soldiers committed rape and torture, including against children, and in some cases made families of the victims watch.