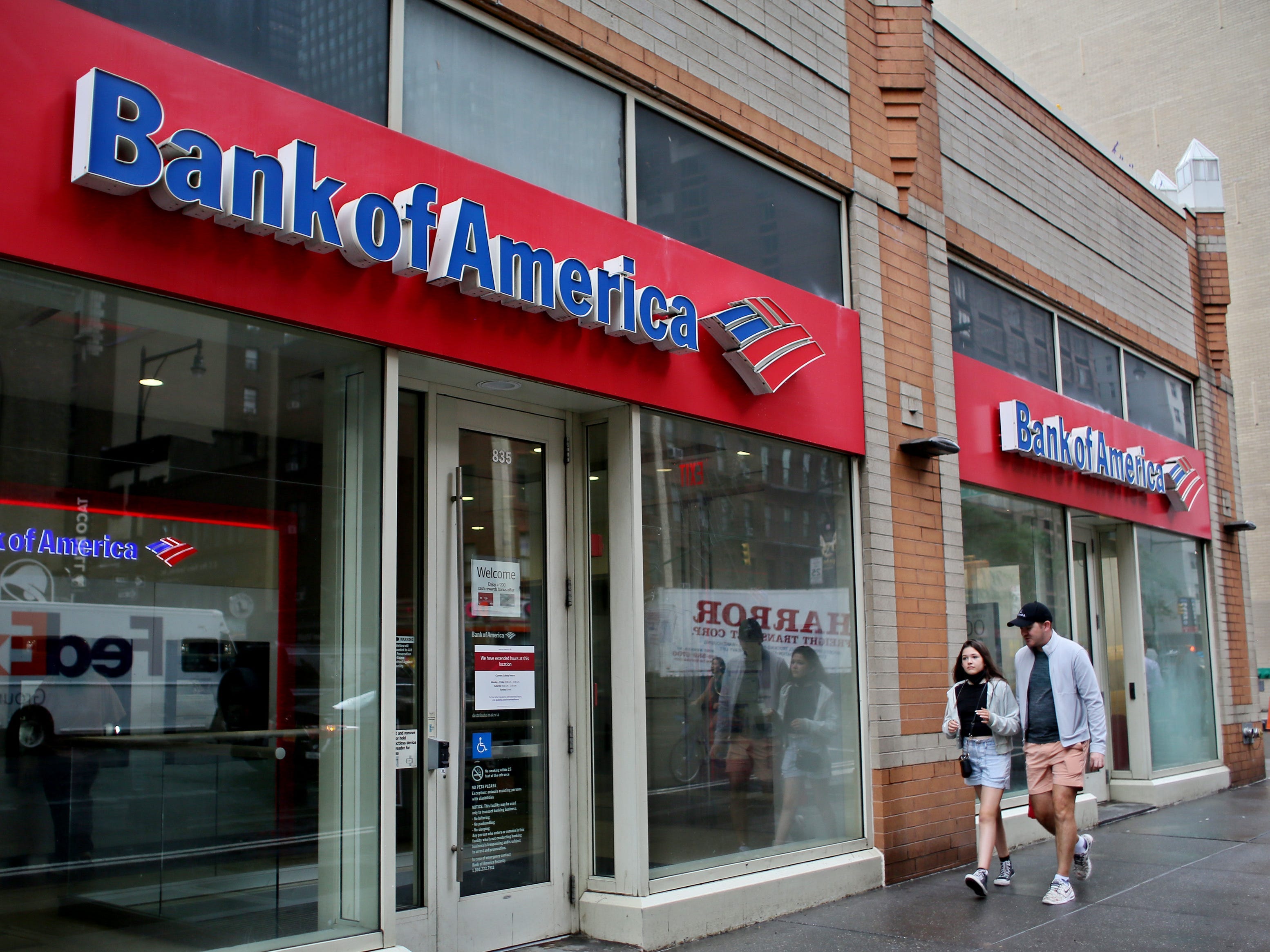 A Bank of America storefront.

Bank of America is projecting that the US economy will lose over 500,000 jobs in 2023.
The bank expects the unemployment rate to reach 5.5%.
But compared to prior recessions, it says this one may only be “minor.”

Whether it’s more likely to be “mild” or severe is up for debate, but more and more experts are predicting that the US economy will enter into a recession of some form in 2023.

If this does come to pass, the US economy could have thousands of fewer jobs, Bank of America told clients in a report last Friday.

The bank projects that the pace of US job growth — which has averaged roughly 372,000 per month over the past three months — will continue to grow in the fourth quarter, but could be cut by more than half to 175,000.

“The premise is a harder landing rather than a softer one,” Michael Gapen, head of US economics at Bank of America, told CNN.

As the Federal Reserve raises interest rates in an effort to bring down inflation, Fed Chair Jerome Powell has said the slowing of the economy that results will bring some “pain” for American workers. In September, the central bank projected that the US unemployment rate would rise from 3.8% to 4.4% for the following two years, translating to roughly 1.3 million job losses over the next 15 months. Bank of America’s projections, however, suggest that the pain for workers could be even worse — the bank projects the jobless rate to top out at 5.5% in the fourth quarter of next year.

That said, Gapen told CNN that even if these projections do come to pass, he would consider it to be a “mild” recession. The bank expects the labor market to steady after “six months of weakness” and not be as bad as the last two recessions. In March and April of 2020, the US lost 1,500 and 20,000 jobs, leading to an unemployment rate of nearly 15% — nearly three-times as high as what Bank of America is projecting this go-round.

And during the Great Recession, the US economy experienced 21 straight months of job losses — averaging nearly 400,000 per month — with the unemployment rising to nearly 10%.

All this talk of a recession and rising unemployment is at odds with the fact that while the economy is already slowing to some degree, the unemployment rate is still at a 50-year low of 3.5%, and the US added 263,000 jobs last month.

But perhaps counterintuitively, today’s strong job market could actually be a bad sign for its health in the future, some experts say. Inflation remains elevated, and the Fed seems to believe that cooling the labor market will be necessary to bring prices down.

The harder the labor market fights back — continuing to produce high job growth and low unemployment — the faster the central bank may feel compelled to raise rates. While this might be effective in cooling inflation, it could grind the economy to a screeching halt — potentially leading to a worse recession than there otherwise would have been.