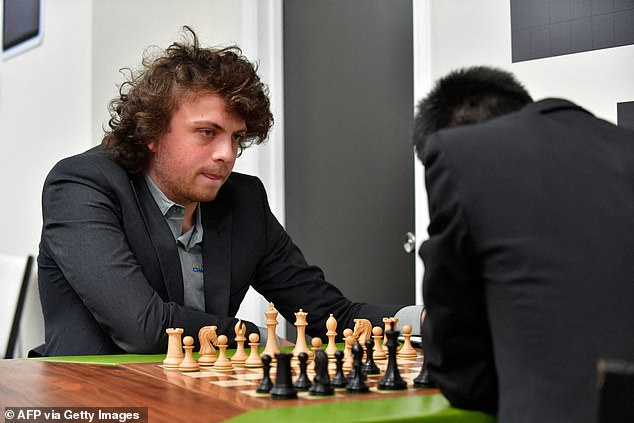 By Vanessa Serna For Dailymail.Com

In court documents filed Thursday in Missouri, he alleges that 31-year-old Magnus Carlsen, who he describes as the self-proclaimed “King of Chess,” feared the teen would damage his multi-billion dollar brand after beating him. in Sept.

Weeks after the incident, Chess.com released a report claiming Niemann had “probably cheated” in hundreds of games.

Niemann, 19, denied the allegations, saying he only cheated twice in his life — at the age of 12 and 16 — and that both offenses were some of the biggest regrets of his life.

He is now demanding a trial “to repair the devastating damage defendants have inflicted on his reputation, career and life by grossly defaming him and wrongfully conspiring to blacklist him from the profession to which he is employed.” has dedicated his life,” the lawsuit said. .

This is a story in development

In court documents filed Thursday in Missouri, Niemann claims 31-year-old Magnus Carlsen, who he describes as the self-proclaimed “King of Chess,” feared the teen would damage his multi-billion dollar brand after beating him. in September

“Carlsen’s unprecedented actions, coupled with his baseless accusations, sent shockwaves through the chess world and immediately threw Niemann at the center of what is now widely reported as the greatest chess scandal in history,” the lawsuit reads.

While Carlsen had no legitimate basis for believing that Niemann had actually cheated on him, he was able to ensure that no reputable chess tournament would invite Niemann to join in the future, and his false accusations would lead other top chess players to join Niemann as well. boycott.’

It showed that the child prodigy confessed privately to Chess.com that he had cheated on numerous occasions, while also revealing that he had been banned from the site – although this was never made public.

The report states that Niemann confessed his cheating to Chess.com COO Danny Rensch during a Zoom conversation, then in writing during a Slack chat.