GM’s plan to build 400,000 EVs in North America has been delayed by up to 6 months because it hasn’t been able to make batteries fast enough 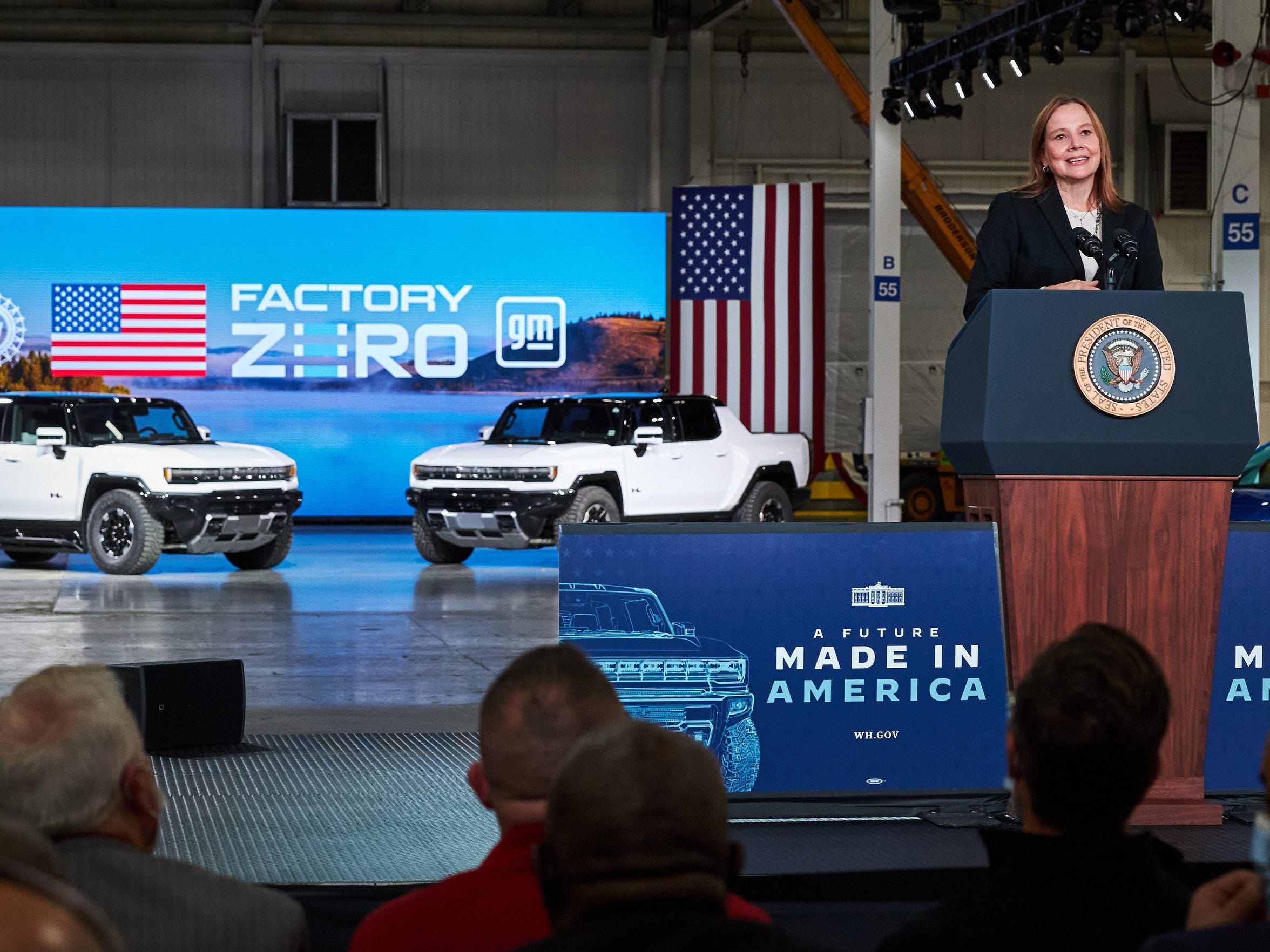 GM has delayed a plan to build 400,000 EVs in North America.
CEO Mary Barra said Tuesday the launch of battery production had been slower than expected.
The delay pushes GM’s plan back by around six months, per Reuters.

The General Motors Company has pushed back plans to build as many as 400,000 EVs in North America because it has not been able to ramp up battery production as quickly as the company expected.

“All of our 2023 launches are progressing well. However, due to a slightly slower launch of cell and pack production than we expected, our plan is now to produce 400,000 EVs in North America over the course of 2022, 2023, and the first half of 2024,” CEO Mary Barra told investors Tuesday, in a call announcing GM’s third quarter results.

Barra told investors in February that GM planned to make 400,000 EVs in North America through 2023, per Automotive News. The new forecast puts that forecast back by around six months, per Reuters.

Barra said the delay was due to the fact that it had taken “a little longer than expected” to hire and train the more than 1,000 workers needed to staff its new battery production plant, in Warren, Ohio, which began production in September.

GM did not immediately respond to Insider’s request for further comment, which came outside of standard business hours.

Barra wants GM to build one million electric vehicles in North America by 2025. The company plans to stop selling gas-powered cars altogether by 2035.

Despite the slight deviation from its original production roadmap, the company’s third-quarter results showed GM’s EV plans are gaining speed. The company said it enjoyed record sales of its all-electric Chevrolet Bolt EV and Bolt EUV during the quarter. The sales helped it reach 8% US market share for electric vehicles, Barra said in a letter to shareholders.

The Ohio plant, which Barra said is “the size of 30 football fields,” is the first of four planned battery plants in the US as part of a joint venture with LG Energy Solutions to develop GMs Ultium batteries. GM plans to open a second next year, and another in 2024.

During the earnings call, Barra said the company is working to secure its future supply chain through strategic supply agreements and direct investment, including an agreement with Queensland Pacific Metals of Australia, announced in October, to secure nickel and cobalt, both important elements in battery production.