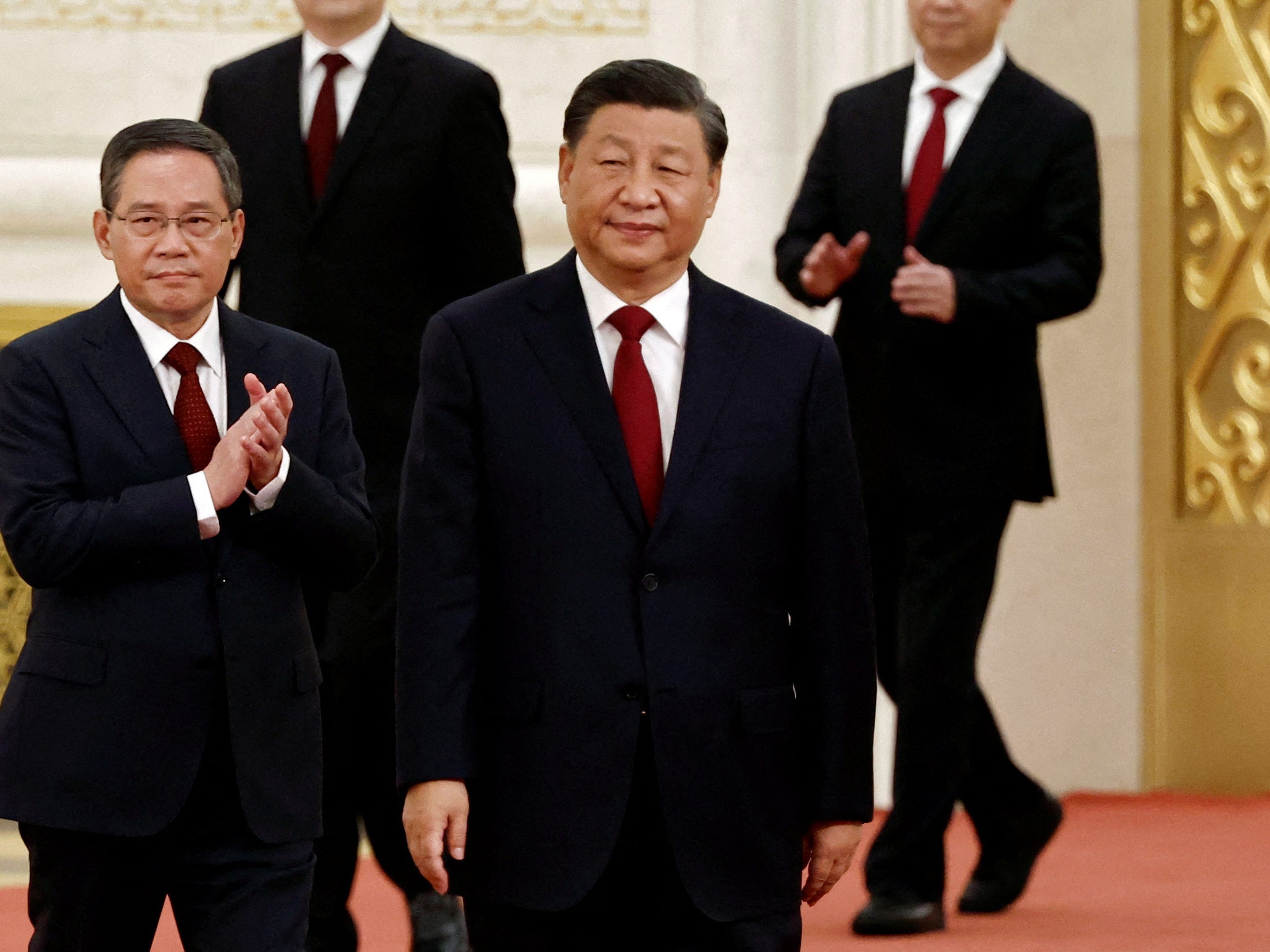 China’s President Xi Jinping has tightened his grip on power — and that has rocked markets.
Investors dumped Chinese stocks in a $6 trillion blowout as Xi shut reformers out of decision making.
These 4 charts show how deep the meltdown in China-linked assets went last week.

China’s leader Xi Jinping has tightened his grip on power, shutting out reformers to effectively take sole charge of the world’s second-largest economy — and that has rocked markets.

Spooked investors dumped Chinese stocks in a $6 trillion blowout Monday, according to Bloomberg data. Meanwhile, the tightly-managed onshore yuan continued to lose ground to the dollar, having already dropped sharply this year.

The Chinese president has spearheaded a zero-COVID approach to the pandemic and cracked down on the business activities of tech companies like Jack Ma’s Alibaba. So the market reacted with concern as Xi made his move, worried that ideology rather than Beijing’s brand of capitalism will prevail.

These four charts capture the chaos that has rocked Chinese markets.

Hong Kong’s Hang Seng index, where many of China’s largest-cap stocks are publicly listed, plummeted 6.36% Monday for its biggest one-day fall of 2022.

That’s its largest plunge in 14 years, according to Refinitiv data — meaning the selloff was the worst since the 2008 financial crisis.

The Hang Seng’s fall tested the deep lows it hit during that 2008 crisis. It tanked 1,030 points Monday for its lowest close since 2009, according to Refinitiv data.

The slump was building before the annual congress, as COVID containment policies, a crisis in China’s real-estate market and growing fears of a recession all dragged on equities.

“We will likely see an intensification of policies that tend to slow potential growth in China,” Goldman Sachs strategists said in a note. “We are keeping a very close eye on signals out of Xi’s inner circle as we should learn a lot in the next few months.”

Even US-listed companies are watching the slowdown, with Tesla cutting the price of its electric vehicles in China by 9% in view of cooling consumer demand.

Meanwhile, the tightly-managed onshore yuan has kept sliding against the rapidly appreciating US dollar. It fell near a 15-year low Tuesday, after the People’s Bank of China set its midpoint at the lowest level since 2008.

The central bank “fixes” the currency within a set range of levels against the dollar. But the yuan has still dropped 17% year-to-date as jumbo-sized Federal Reserve interest rate hikes attract foreign investors to the greenback.

Under Xi, the People’s Bank of China has tended to favor softer yuan fixes, allowing the currency to depreciate. The renminbi will likely fall further now, strategists said.

“The sudden jump in daily fixing to above 7.16 after capping it below 7.12 throughout the Congress was interpreted by the market as tacit approval for a weaker yuan,” SEB head of Asia strategy Eugenia Victorino said.

A slide in the yuan weighs on China’s economy by driving inflation higher, because when a country’s currency weakens, its imports become more expensive. That could leave China’s central bank embroiled in a “reverse currency war” with the US.

Alibaba, the largest US-listed Chinese stock by market value, fell 12% Monday, and about 46% this year so far. Fellow Chinese giants Baidu and JD.com have seen a similar plunge.

CFRA told investors to sell their Alibaba stocks Tuesday, arguing that Xi’s ousting of his predecessor was a turning point.

“The downside risk has fallen to the floor as Hu Jintao was carried out the door,” the research firm’s John Freeman said.

Read more: Treat Tesla like it’s a Chinese tech stock because of how much profit Elon Musk’s company is making there, Morgan Stanley says