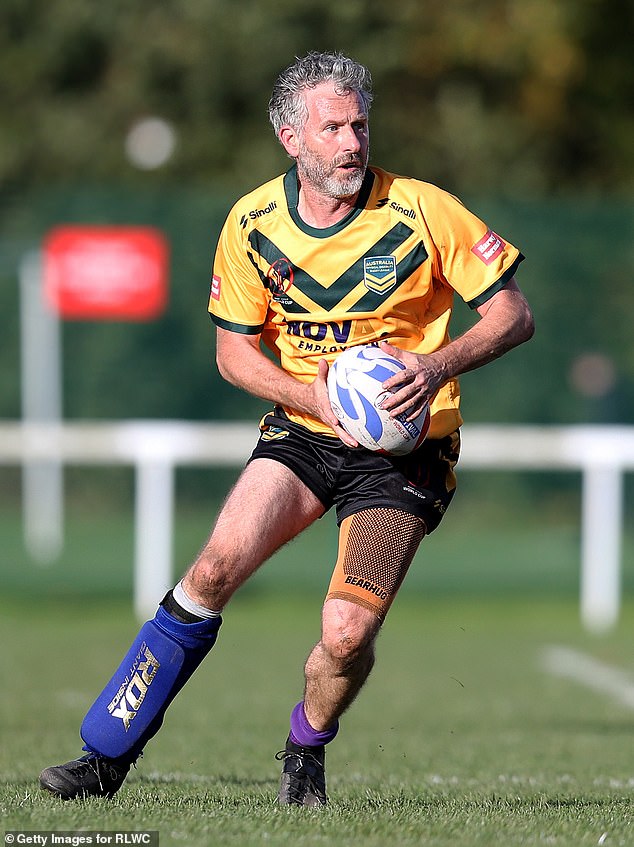 Australian TV presenter and sitcom star Adam Hills has praised the organizers for allowing him to live out his “childhood dream” at the first ever Rugby League for the Physically Handicapped. [PDRL] World Cup in England.

There has been a lot of attention on the men’s World Cup, but PDRL is a new category that also includes wheelchair rugby league.

England’s PDRL team defeated New Zealand for the title at Warrington Wolves’ Halliwell Jones Stadium after winning against other competing nations including Australia and Wales.

We’re nearing the end of the PDRL World Cup, but it’s been an amazing week of action.

Thanks to all four nations for participating and everyone who tuned in.

The final was played after the men’s match between Samoa and France and many spectators stayed on the pitch to watch the inaugural final, which England won after four grueling matches in eight days.

Hills, 52, is best known for his roles as a comedian, radio and television host on shows like Spicks and Specks and The Last Leg.

The Logie Award winner, who was born without a right foot, made his international rugby league debut for Australia at the tournament and praised the organizers and supporters for making it a success.

“It’s a great day for disabled rugby league,” he said.

Launching the tournament, Hills praised English Super League side Warrington Wolves for defending the PDRL World Cup and called for the momentum to continue at the next World Cup in France in 2025.

‘For me this is the perfect town to have started this path, and to have the first PDRL Men’s World Cup.

George Tonna is the Australian coach and founder of the PDRL in Australia and said sharing stories with the other athletes had been the highlight of the tournament.

“It’s a sport for everyone and an honor and a privilege to be here… I play against all these guys knowing they have the same story as me,” he said.

England head coach and former England Rugby League player Shaun Briscoe said: “You can put on a great show, whatever disability you have.” It’s about ability, not disability.