While Elon Musk said ‘comedy is now legal’ following his acquisition of Twitter, jokes about the new owner and criticism over his takeover are getting users blocked and suspended 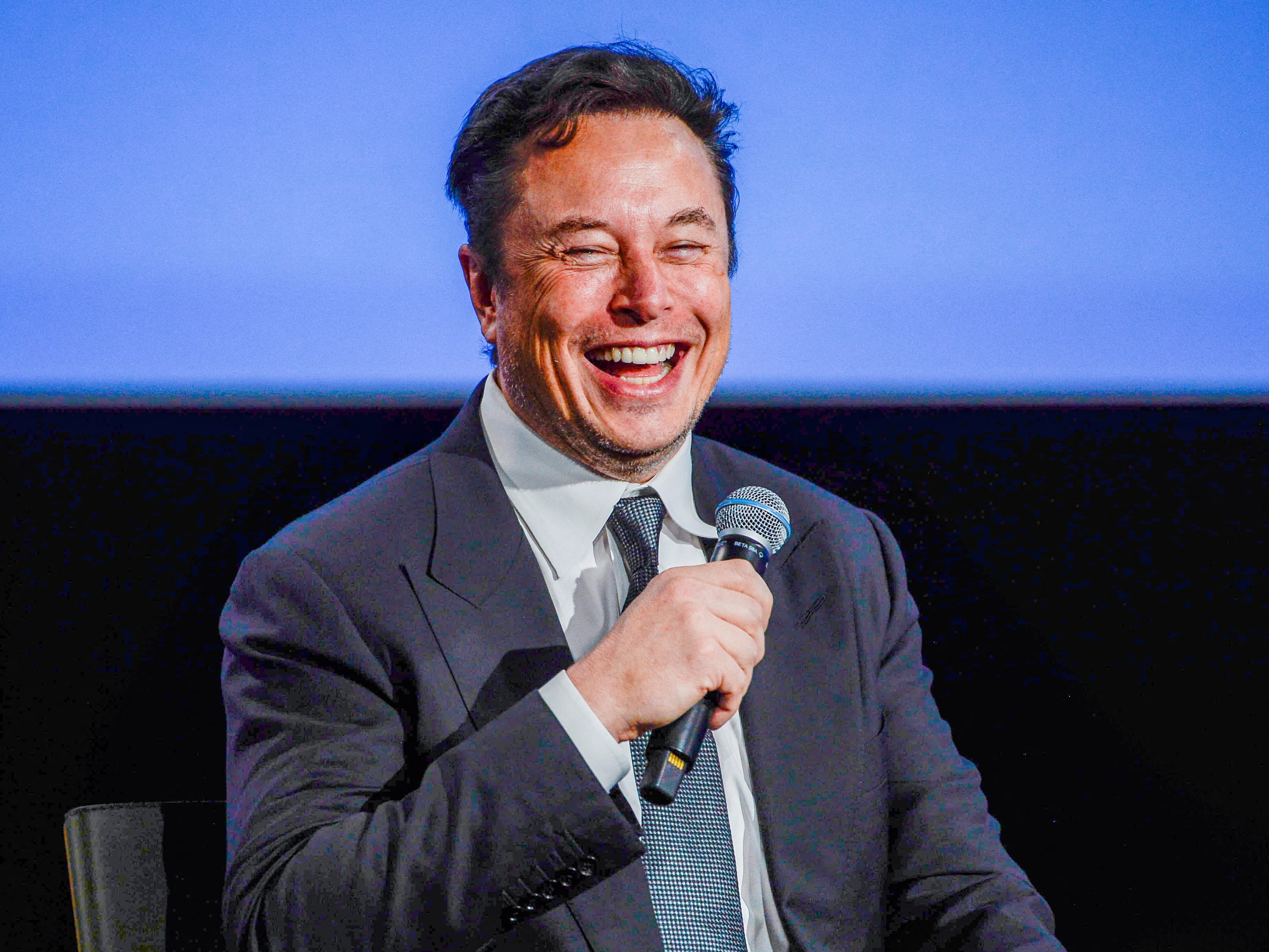 The day after he purchased Twitter, billionaire Elon Musk posted “comedy is now legal” on the platform.
In the days since, parody accounts impersonating Musk and joking about the acquisition have been removed.
Musk tweeted on Sunday that unlabeled parody accounts will be “permanently suspended” without warning.

While comedy might be “legal” on Twitter following Elon Musk’s $44 billion acquisition, parody accounts could receive a “permanent suspension” with “no warning,” Musk tweeted on Sunday — which several users told Insider has happened to their accounts after joking about the billionaire.

The day after he purchased Twitter, Musk posted a tweet saying “comedy is now legal” on the platform, but in the days since his takeover, parody accounts impersonating Musk have cropped up across the site, riffing about the new owner, and getting banned in the process.

“There is nothing better than waking up and enjoying a fresh, steaming cup of my own urine,” Former NFL punter Chris Kluwe tweeted from his verified account after changing his account details — including photo, name, and bio —  to match Musk’s profile. “Such a tangy way to start the day, and it’s scientifically proven to help brain cells grow. If you want to be like me, drink your pee.”

“Okay, time to employ plan b since they’re MAKING me keep twitter,” read one of a series of tweets by actor Rich Sommer of “Mad Men” fame, parodying Musk: “Does anyone know any advertisers who are, like, kind of ‘into’ racism NOT ACTUAL RACISTS!! just ad ppl who are, y’know, curious about what it’s all about (racism).”

“The remaining staff at twitter are actively bullying me now,” cartoonist Jeph Jacques tweeted from his verified account, which featured a profile photo of Musk from his PayPal era prior to suspected hair transplant surgery. “Jed from accounting called me ‘little baby bitchboy’ to my face and nobody even said anything. I mean obviously I fired him and I’m having my goons break his wife’s legs, but still. it hurts :(“

Since posting the joking tweets, each of the verified accounts — as well as others, including the account of comedian Kathy Griffin — have been restricted on Twitter or removed entirely.

“I had absolutely, let me be very clear, no intention of anyone truly believing that I was Elon Musk,” Sommer told Insider. “I wanted to, I guess go down in flames. I knew I was headed for the exit door probably. But I also, just while I had that blue check, wanted to show that anyone could say they were anyone.”

The future of parody accounts

Musk, who has described himself as a “free speech absolutist” with intentions to make Twitter akin to a digital town square that allows all constitutionally protected speech, on Sunday modified his previous comments to include only posts clearly designated as parody.

“Going forward, any Twitter handles engaging in impersonation without clearly specifying ‘parody’ will be permanently suspended,” Musk tweeted. “Previously, we issued a warning before suspension, but now that we are rolling out widespread verification, there will be no warning. This will be clearly identified as a condition for signing up to Twitter Blue.”

Musk added that going forward, any change in name at all from a verified account would result in a “temporary loss of verified checkmark.” His tweets came after accounts like Kluwe’s, Sommer’s, and Jacques’ were suspended without warning.

“That is like just trying to put a band-aid on a forest fire, essentially,” Kluwe told Insider about the plan to prevent abuse of the verification system. Kluwe said he aimed to draw attention to how easy it is to abuse the verified check mark by impersonating Musk and encouraged other verified users to do the same.

“It’s especially rich coming from him, the ‘champion of free speech’ that he is,” Kluwe added. “Like, if they’re cracking down on parody then that actually would be a violation of free speech if this was a governmental public forum.”

The existing Twitter policy on parody, commentary, and fan accounts specifically prohibits users from using language like “real” or “official” on accounts not associated with the person or organization they are parodying, but accounts that specify they are parodies are not an inherent violation of Twitter’s existing impersonation policy.

“You may not impersonate individuals, groups, or organizations to mislead, confuse, or deceive others, nor use a fake identity in a manner that disrupts the experience of others on Twitter,” the existing parody account policy reads.

In discussions with Insider, Kluwe, Sommer, and Jacques each clearly indicated they knew their posts were in violation of Twitter terms of service and each anticipated a warning or suspension of some kind, but wanted to prove a point about the potential for abusing the verification badge to fool other users, especially in light of planned changes to the process.

“Really the whole point was that I knew I was breaking the terms of service — like if they’re perfectly within their rights to kick me off because you’re not allowed to impersonate people, it’s bad for disinformation — but under this new plan of trying to monetize the verified status, that’s exactly what’s going to happen,” Kluwe told Insider, adding that scammers using verified accounts could post links to malware or scam sites while impersonating others.

“All it takes is one person clicking on that link and then falling for it,” Kluwe said. “From the scammer’s perspective, it’s a huge return on investment.”

Musk last week announced planned changes to the verification system, including an $8 monthly subscription to Twitter Blue to unlock verified status, which critics — including Kluwe, Sommer, and Jacques — worry will lead to scammers paying for verification only to pose as a more credible person to take advantage of others.

“One of the things the email [about my suspension] says is that ‘significant changes to a verified profile can lead to confusion and erode the meaning of the badge,'” Jacques told Insider, adding that he believes Musk is a “chronic bullshit artist.”

“I’m thinking reading this email, like ‘Yes the badge that you’re going to be selling for $8 to anybody. That definitely has a lot of meaning.’ It has been very funny. Elon has reacted exactly as I would have expected. And I’m very proud of everybody who took part in this amazing sequence of events,” Jacques said.