Salesforce is planning to slash as many as 2,500 jobs, according to a report 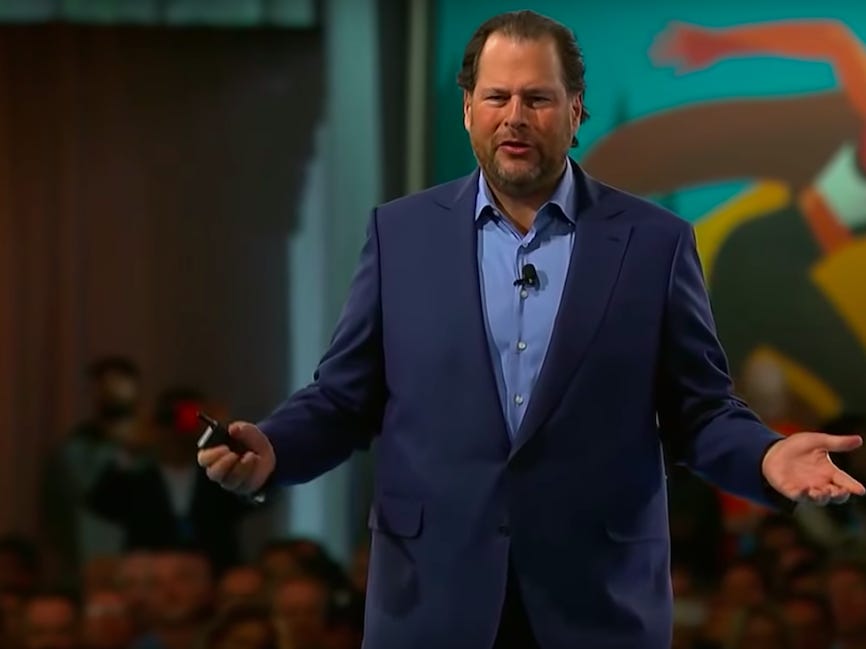 Salesforce is being pressured by an activist investor to improve its financial performance.
The company slowed hiring earlier this year, Insider previously reported.
The company told CNBC this week that it had let some employees go recently.

Salesforce is planning to slash thousands of jobs as an economic slowdown starts to dent the growth of cloud spending.

Protocol reported that San Francisco-based company is preparing layoffs that could affect as many as 2,500 workers. It was unclear when the layoffs would begin, as discussions on the plan remain ongoing. However, they are likely to happen before the Thanksgiving holiday, the publication said, citing an industry source and a former employee.

Salesforce spokesperson Carolyn Guss did not respond to an email seeking comment. The company told CNBC earlier this week that it had let some employees go recently.

In May, Salesforce slowed hiring and put a hold on recruiting for some open roles to control expenses, according to an internal memo obtained by Insider. More recently, Activist investor Starboard took a stake in Salesforce and pressed the company to improve margins.

Salesforce stock has slumped more than 50% in the past year. The company’s headcount increased from 57,000 to over 73,000 in 2021, according to its annual reports. That was partly driven by a string of pricey acquisitions in recent years, including the $27.7 billion purchase of Slack, which closed last July. Now investors want the company to focus on profits, and less on growth.

Are you Salesforce employee, or someone else with a tip or insights to share?