5 tell-tale signs someone is manipulating you, according to a body-language expert 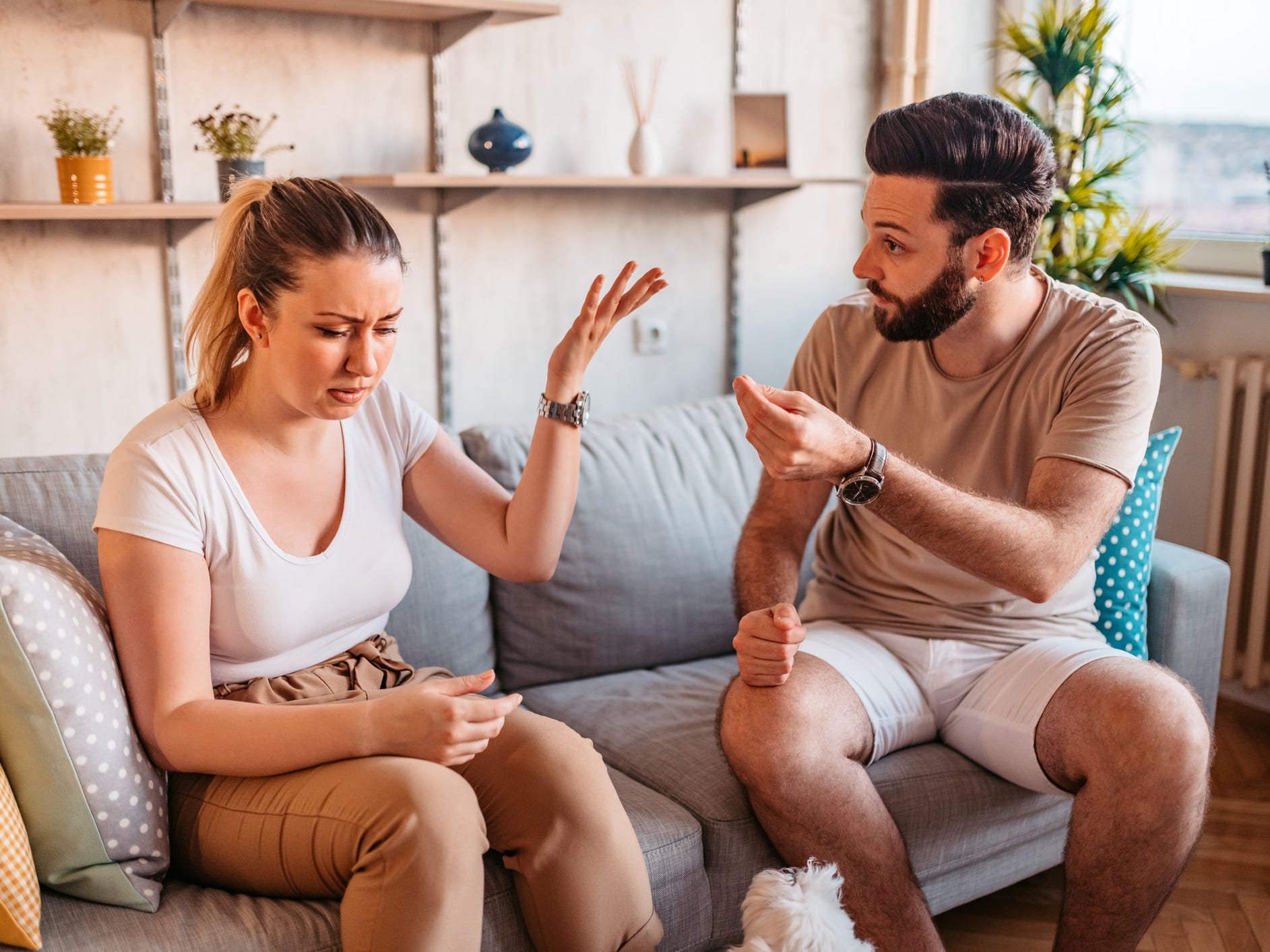 Manipulators come in many shapes, sizes, and forms —  but not everyone who manipulates is inherently evil.

Don Weber spent more than a decade working in human intelligence for top government agencies.
He says using body language to detect manipulation requires that you know a person’s baseline.
Once you know a person’s usual body movements, look for chin scratching or eye contact.

Manipulators come in many shapes, sizes, and forms. Furthermore, not all of those who manipulate are inherently evil. Many people are unaware they’re manipulating others. At one time or another, both you and I have used our influence to achieve a personal desire — it’s basic human nature.

However, some intentionally manipulate others. They seek to lower another individual’s self-esteem and cause harm. They may say and do kind things when the “right” people are watching, but they ultimately seek their own success and gratification. It’s these types of manipulators I’ve spent a great deal of my career identifying.

Throughout my time working for top governmental agencies, I learned a great deal about recognizing manipulators. My job was to befriend people to gather human intelligence. I participated in those activities for over a decade and learned a tremendous amount in those years. The skills I acquired during this time helped me to, quite literally, survive.

Eventually, I wanted to use those skills and make a positive difference in the world. Today, I’ve accomplished this by teaching others about communication. One of the common topics I’ve educated others on involves identifying manipulation through body language.

Regarding this topic, I’ve heard all kinds of myths. Plenty of books claim to have identified the exact movement of all manipulators. Some people claim that someone’s always lying if they look to the left. Or, another individual may claim that manipulators rub their noses a certain way. This isn’t entirely true.

The hard and simple truth is that using body language to identify manipulation takes time and study. To truly recognize someone’s deceit, you must have complete knowledge of a person’s baseline — or standard — body language. Any deviations from the norm indicate that something’s awry.

For these reasons, you’ll always have an easier time spotting manipulation when it comes from someone close to you. You’re accustomed to the natural body language of your loved one and will have an easier time recognizing any deviations, whether conscious or subconscious.

Remember, it can be true that a person looking to the left or rubbing their nose could be indicative of manipulation. However, this only applies if these gestures aren’t ordinary for that person.

Signs of a manipulator

Once you thoroughly understand a person’s typical body language and gestures, you can start detecting deviations in their behavior. These departures from the norm may occasionally reflect signs of manipulation. Below are examples of some standard deviations I’ve witnessed in manipulators:

When somebody’s tapping their feet, it’s often a sign of annoyance or impatience. A manipulator may tap their feet or start clicking a pen to deliberately convey those emotions and cause their victim to feel guilt. Tapping the feet may also cause you to rush your decision, which could play into a manipulator’s best interest.

When a manipulator scratches their chin, they’re trying to show uncertainty or low confidence. This is often a tactic used to force people to give in and say, “It’s okay. I can just do it.”

I’m sure you can think of many times you’ve told someone you wanted to do something you didn’t because they appeared uncertain in their abilities. However, if you’re certain a person is capable of doing what they’re requesting from you and they’re still scratching their chin, chances are they’re trying to manipulate you into doing it for them.

Picture your favorite Disney villain. You can easily imagine them rubbing their hands together while they maniacally laugh.

Even Disney can recognize that this behavior is a sign of self-serving plotting. While real-life manipulators may not have an evil laugh, rubbing hands together may be their way to communicate dominance, annoyance, or hurriedness.

Many people who feel stress will also rub their necks. It’s possible for a manipulator to give signs of stress or guilt when exploiting another individual. Only skilled sociopaths find complete delight in hoodwinking their target. If you find that a neck rub is an unordinary action from a particular individual, it could be worthy of concern.

It’s commonly believed that if someone’s looking you straight in the eyes, they’re telling you the truth. However, manipulators can hold eye contact for a long time. In fact, a manipulator or liar intently watches their victim and looks continuously in their eyes to determine if the victim is falling for their ploy. If someone looks you straight in the eyes and doesn’t usually do so, they could be lying.

Another important secret about a manipulator’s eyes is the blink rate. Blinking can reveal what’s going on in a person’s neurology. An increased blink rate may indicate rising adrenaline, stress, or fear. Reduced blinking conveys more focus or relaxation, depending on the context of the situation.

If you sense that someone’s trying to control you, begin to pay attention to how often they shift their body position. Shifting positions can be a manipulator’s way of making you believe they’re experiencing discomfort. Our minds are innately trained to recognize when a person is uncomfortable — and provide consolation. As a result, you may be caving if someone’s constantly moving their position.