More than 100,000 Russian soldiers were ‘killed and wounded’ and Ukraine’s military ‘probably’ saw similar casualties since the invasion, according to Gen. Mark Milley 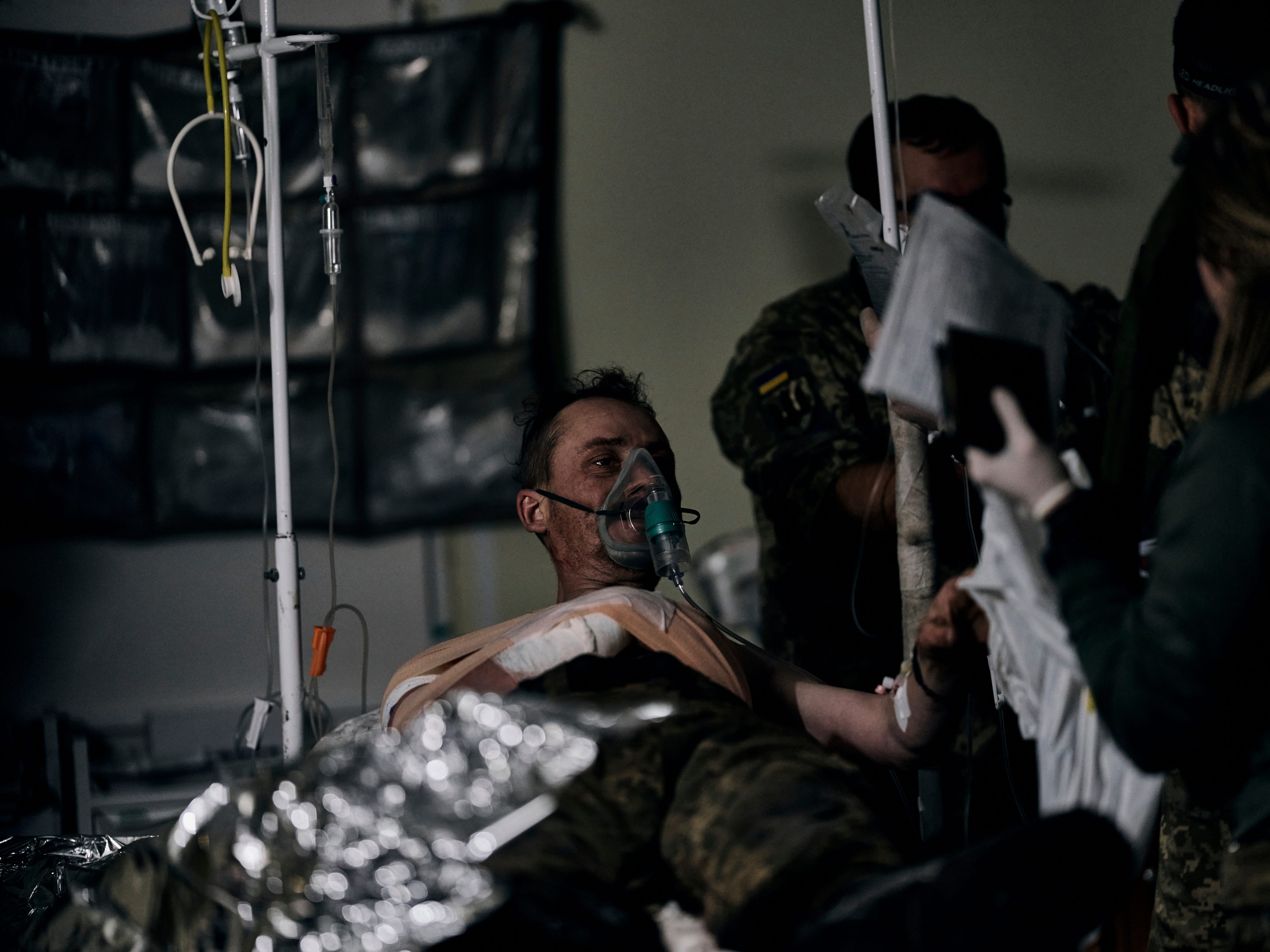 A Ukrainian soldier receives first aid at a hospital in Bakhmut, Donetsk region, Ukraine, on November 9, 2022.

Gen. Mark Milley estimated that more than 100,000 Russian soldiers were “killed and wounded” since Russia invaded Ukraine in February.

Milley was a scheduled speaker for The Economic Club of New York on Wednesday. During the program, the top US general provided one of the highest military casualty estimates to have been provided since the beginning of the invasion.

“You’re looking at well over 100,000 Russian soldiers killed and wounded,” Milley said, according to Reuters. “Same thing probably on the Ukrainian side. A lot of human suffering.”

It’s unclear where he received the figures. Reuters and Insider did not independently verify his numbers.

On Monday, the General Staff of Ukraine’s Armed Forces wrote in a Facebook post that about 77,170 Russian soldiers were killed since the war began. The figure did not include wounded soldiers.

Amid mounting death tolls, Russian Defense Minister Sergei Shoigu announced on Wednesday an order for Russian forces in Kherson to retreat across the Dneiper River.

Gen. Sergei Surovikin said in televised remarks alongside Shoigu that the “difficult decision” was made in order to “preserve the most important thing — the lives of our servicemen and, in general, the combat effectiveness of the group of troops.”

Milley also estimated on Wednesday that about 40,000 Ukrainian civilians were killed as a result of the war.