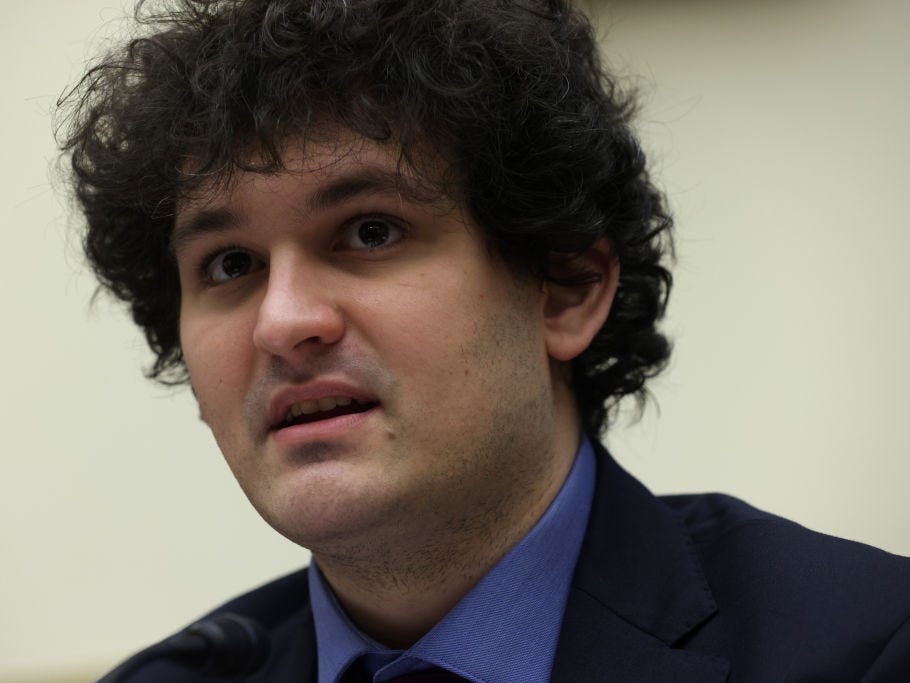 Sam Bankman-Fried stunned the crypto world on Tuesday when he announced his exchange FTX was to be acquired rival exchange Binance — which then bailed on the deal on Wednesday.

VC giant Sequoia Capital told investors it’s marking down its investment in FTX to zero.
FTX had asked Binance for help amid a liquidity crunch, Binance’s CEO said on Tuesday.
But Binance walked away from the deal to acquire the rival exchange rival on Wednesday.

Venture capital giant Sequoia Capital says it’s marking down the full value of its investment in FTX to zero dollars, amid uncertainty over the crypto exchange’s liquidity crunch.

The VC firm wrote a letter to its investors informing them of their decision to fully write down an around $214 million investment in FTX’s US and global businesses. The letter was posted on VC firm’s Twitter account on Wednesday.

“The full nature and extent of this risk is not known at this time. Based on our current understanding, we are marking our investment down to $0,” Sequoia added in the letter. Sequoia Capital also sought to reassure investors that its exposure to FTX was “limited.”

Sequoia wrote to its investors after a stunning turn of events on Wednesday which saw Binance pulling out of plans to acquire FTX due to issues “beyond our control or ability to help.”

This followed a bizarre sequence of events which started over the weekend after Sam Bankman-Fried, the CEO of FTX and Binance CEO Changpeng “CZ” Zhao exchanged barbs on Twitter, after Zhao tweeted Binance would be liquidating all its FTT tokens — a crypto token native to FTX — due to “recent revelations.”

Zhao didn’t specify the reasons behind his decision, but a November 2 CoinDesk report had been stoking market fears about FTX’s liquidity position, at a time when some smaller crypto exchanges suspended withdrawals to users.

Bankman-Fried then appeared to hit back at Zhao on Monday, tweeting: “a competitor is trying to go after us with false rumors,” per media reports including Bloomberg and Reuters.

But the damage had been done and the tiff weighed on market sentiment, sparking a selloff and a rush for withdrawals. At FTX, about $6 billion was withdrawn in 72 hours before Tuesday morning, Reuters reported, citing a message Bankman-Fried sent to staff.

Both Bankman-Fried and Zhao then appeared to have made up. In a whiplash-inducing about-turn, Bankman-Fried announced the deal with Binance, and Zhao said Binance “signed a non-binding LOI, intending to fully acquire FTX.com and help cover the liquidity crunch.”

But the drama did not end there, and Binance about-turned again on Wednesday, bailing on the acquisition, which sent the crypto market tumbling. This was after Bankman-Fried told investors that FTX faced a shortfall of up to $8 billion and needed emergency funding to avoid bankruptcy, Bloomberg reported on Thursday, citing a person with direct knowledge of the matter.

Bitcoin and most other cryptocurrencies fell Wednesday following Binance’s announcement that it was walking away from the acquisition of FTX. As of 11.48 p.m. ET, Bitcoin and Ether were both down by around 11% over the last 24 hours, according to CoinMarketCap, extending a crypto slump this year.