An ex-Shopify employee used her severance to found a new startup after getting laid off with 1,000 others. Here’s why that can be a smart move in a downturn. 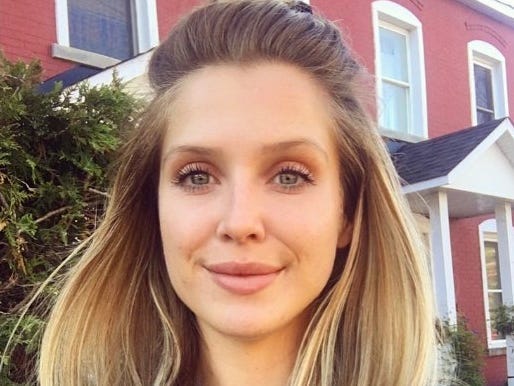 Stella Alexandrova founded travel app MAVE after being laid off by Shopify.

Stella Alexandrova was one of 1,000 employees laid off by e-commerce giant Shopify in July.
She saw the layoff and five months of severance as an opportunity to launch a business.
A recession is actually a good time to start a company, says venture capitalist Paul Asel.

Stella Alexandrova had been a growth lead in Canada at Shopify for three years when she received an email one morning in July informing her that she had been laid off.

“I was shocked,” Alexandrova said in an interview. “I was so confused because I could not have seen this coming.”

Although layoffs had been taking place at other major tech firms, she had “felt pretty secure,” and didn’t think her job would be impacted.

Alexandrova was one of 1,000 employees laid off at the e-commerce giant this summer. Shopify’s CEO Tobi Lütke explained the cuts in a memo, saying he had wrongly predicted that the pandemic-fueled demand for e-commerce would continue.

“Ultimately, placing this bet was my call to make and I got this wrong,” Lütke wrote. “Now, we have to adjust. As a consequence, we have to say goodbye to some of you today and I’m deeply sorry for that.”

Tech firms have been slashing thousands of roles this year in an effort to cut costs and brace for the recession. This month alone, Meta announced plans to lay off 11,000 employees, Twitter cut 50% of its 8,000 employees, and Amazon is cutting 10,000 jobs.

Alexandrova saw her layoff as a shot at starting her own business.

She’s unlikely to be alone. Entrepreneurship is known to boom during recessions, with some of the most successful tech firms emerging out of recessions — such as Airbnb, Uber, and Microsoft.

It makes sense to land a high-paying job at a stable company “when hiring is hot and salaries are high,” said Paul Asel, a venture capitalist at NGP Capital. But in a downturn “the opportunity cost of leaving your job and starting a company is much lower.”

That, he said, frees up potential entrepreneurs to pursue their own ventures.

Severance pay can be runway

Alexandrova, an avid traveler, was planning a trip earlier this year when she realized that the rise of DIY travel sites means consumers now spend hours trawling through different sites to organize trips.

Shopify offered her five months of severance after being laid off, effectively “paying for me to be able to start my own thing,” she said.

A week after being laid off, Alexandrova started her travel app Mave to help people plan trips in minutes. After sharing her plans to launch Mave on LinkedIn, the post went viral. In spite of the support, Alexandrova fully felt the risk of starting a business.

Now is a good time to start your own venture, said Asel, because “capital requirements have gone down” and businesses can grow at a more moderate pace.

“One of the biggest mistakes that any entrepreneur makes is they try to grow their business too fast, too early,” Asel said. In a downturn, entrepreneurs have more time to build products that meet customer needs, raising the chances of success.

Asel said that it does “feel like it’s harder” to start a business in a downturn because it’s harder to raise money but the “long-term likelihood of success is actually higher.”

“It’s just more painful in the beginning, but that pain turns into success at a higher rate for those who can get through those first couple of hurdles,” he said.

Alexandrova has now hired 11 employees and says the waitlist for Mave has grown to 16,000 people. She plans to fundraise for the startup in time.