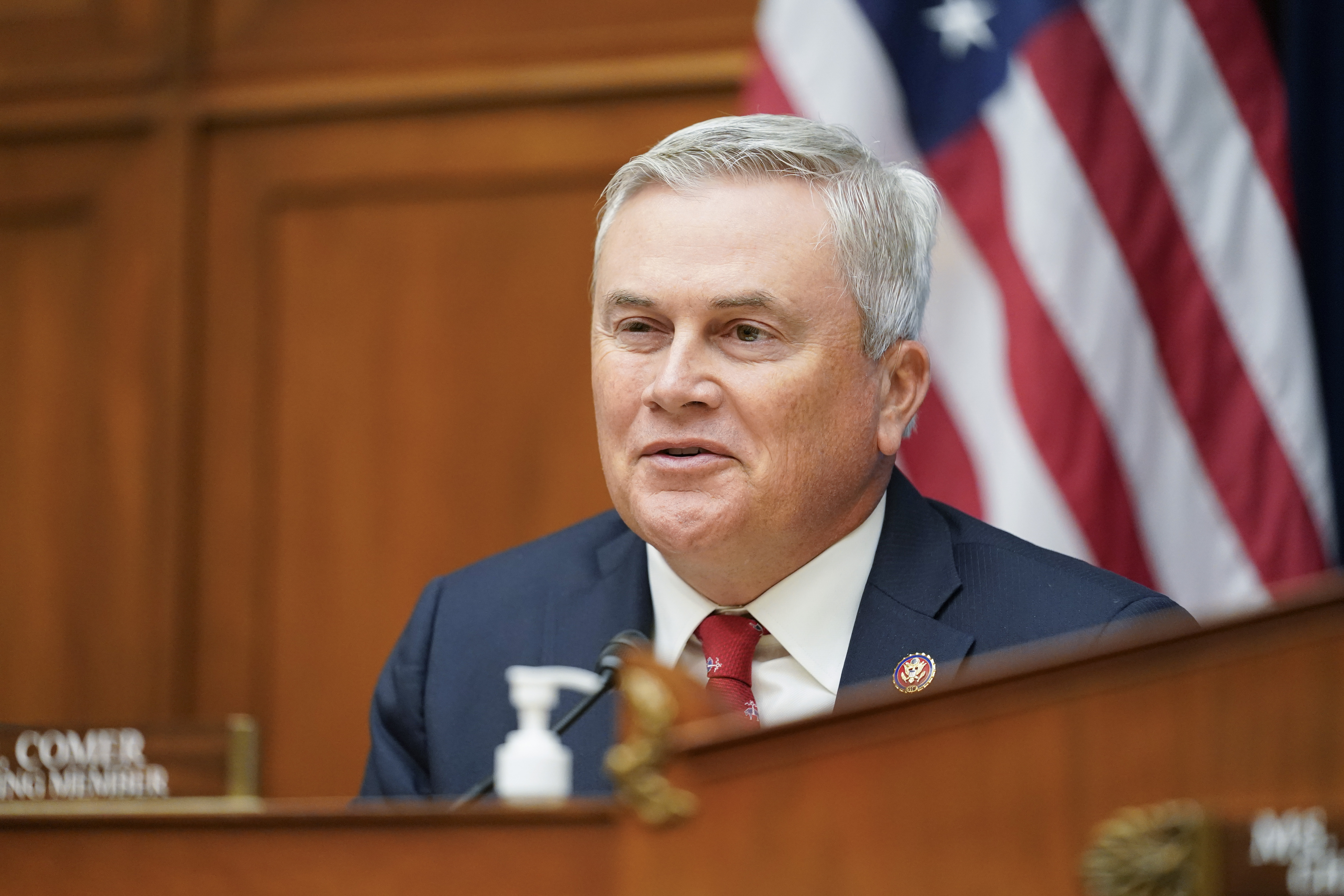 Now that they’ve taken the majority at last, House Republicans made it explicit on Thursday: Their long-simmering investigation into Hunter Biden investigation is really about his father.

“I want to be clear: This is an investigation of Joe Biden, and that’s where the committee will focus in the next Congress,” said incoming Oversight Committee Chair James Comer (R-Ky.), who’s seen as the party’s leading player in Hunter Biden oversight.

Comer and others haven’t been shy about their efforts being a probe in search of a problem — a hunt for a smoking gun that would provide a still-unproven direct link between Joe Biden’s decisions as vice president or president and his son’s business dealings. But the public rollout of those plans, one day after Republicans officially won the House in the midterm elections, shows where a GOP facing partisan gridlock will focus much of its attention for the next two years.

House Republicans kick-started the push Thursday by doubling down on document requests to a flurry of agencies and releasing an interim report that skirted around the lack of evidence implicating the president. It said Joe Biden “misused his public position” to benefit his family financially and “created the potential” that he could be influenced.

“We’re trying to stay focused on: ‘Was Joe Biden directly involved with Hunter Biden’s business deals’ and ‘was he compromised,’” Comer said about the thrust of the investigation.

It’s a far cry from the days of the Benghazi select committee, when House GOP Leader Kevin McCarthy earned the public’s ire for depicting an inquiry into an attack on U.S. officials in Libya as a way to wound Democratic presidential contender Hillary Clinton. And it’s revisiting well-trodden ground: a pair of Senate Republicans released a report on Hunter Biden and other family members weeks before the 2020 election, when Joe Biden was the party’s nominee.

Meanwhile, congressional Democrats and Biden’s allies are preparing to go on defense — with the DNC circulating a memo on Comer Thursday calling him a “conspiracy theorist, Trump sycophant, [and] proven liar”— while also predicting that an investigation will backfire with swing voters in the 2024 election, as Biden flirts with a second run.

With much of House Republicans’ legislative agenda already in limbo due to Democrats winning the Senate and Biden in the White House, their investigative plans are expected to take center stage next year. Democrats have pointed to incoming Judiciary Committee Chair Jim Jordan’s (R-Ohio) comments earlier this year that investigations will help “frame up” the 2024 presidential election as evidence that GOP probes and their political ambitions are inextricably tied together.

“Instead of working with President Biden to address issues important to the American people, like lower costs, congressional Republicans’ top priority is to go after President Biden with politically-motivated attacks chock full of long-debunked conspiracy theories,” said Ian Sams, a spokesperson for the White House counsel’s office.

And a spokesperson for Democrats on the Oversight Committee added that Comer is “saying the quiet part out loud: Now that former President Trump is running for office again, House Republicans’ top priority is attacking President Biden and his family in a desperate attempt to return Mr. Trump to power.”

Republicans offered hints of their first targets next year, as more than a dozen GOP lawmakers convened a press conference Thursday morning. Though they had announced the timing of the press conference earlier this week, it ended up being the first House GOP press conference since the party formally won control less than 24 hours beforehand.

And Comer is setting the bar high, even as Republicans struggle to connect the president to the ongoing federal inquiry into Hunter Biden. He claimed that lawmakers have already “uncovered evidence of federal crimes committed by and to the benefit of the president’s family” including conspiracy of defrauding the United States, wire fraud, violation of the Foreign Agents Registration Act, tax evasion and money laundering.

That will result in a final report at the end of the Hunter Biden probe, as well as potential law enforcement referrals or legislative changes, Comer and Jordan said.

The group unveiled a 31-page interim report, which Comer sourced to “multiple whistleblowers,” “previously unknown transactions” and information from an infamous laptop. POLITICO has not undergone the process to authenticate the laptop, but reporter Ben Schreckinger has confirmed the authenticity of some emails on it.

They also resent requests to a bevy of administration entities, including Treasury Secretary Janet Yellen, the National Archives and FBI Director Christopher Wray, and the gallery responsible for selling Hunter Biden’s artwork. Asked about calling Hunter Biden or other family members to testify next year, Comer noted “we’d love to talk to people in the Biden family, specifically Hunter and Jim Biden,” referring to the president’s brother.

Oversight panel Republicans also want copies of Treasury Department suspicious activity reports related to Hunter Biden. Treasury has rebuffed their requests, indicating that it is the department’s policy to require committee chairs or a majority of members to approve demands for those reports, which flag suspicious behavior but don’t necessarily indicate wrongdoing. Republicans are in possession of two of the reports, which Comer said they did not get from Treasury and can be found online.

“I think the most important thing for us right now is to get those bank records,” Comer said.

Regardless, Republicans know their hopes for cooperation are low.

“They’ve now set up a committee … to attack us and to come after us. So, I don’t know, you guess. They’re probably not going to work with us too well,” Jordan said, pointing to a POLITICO report on a war room Democratic strategists have established.

The GOP probe comes as the Justice Department is investigating whether the president’s son violated foreign lobbying laws — including connections to a Chinese energy company — in addition to his tax dealings. Republicans acknowledged that DOJ may have investigated some of their claims.