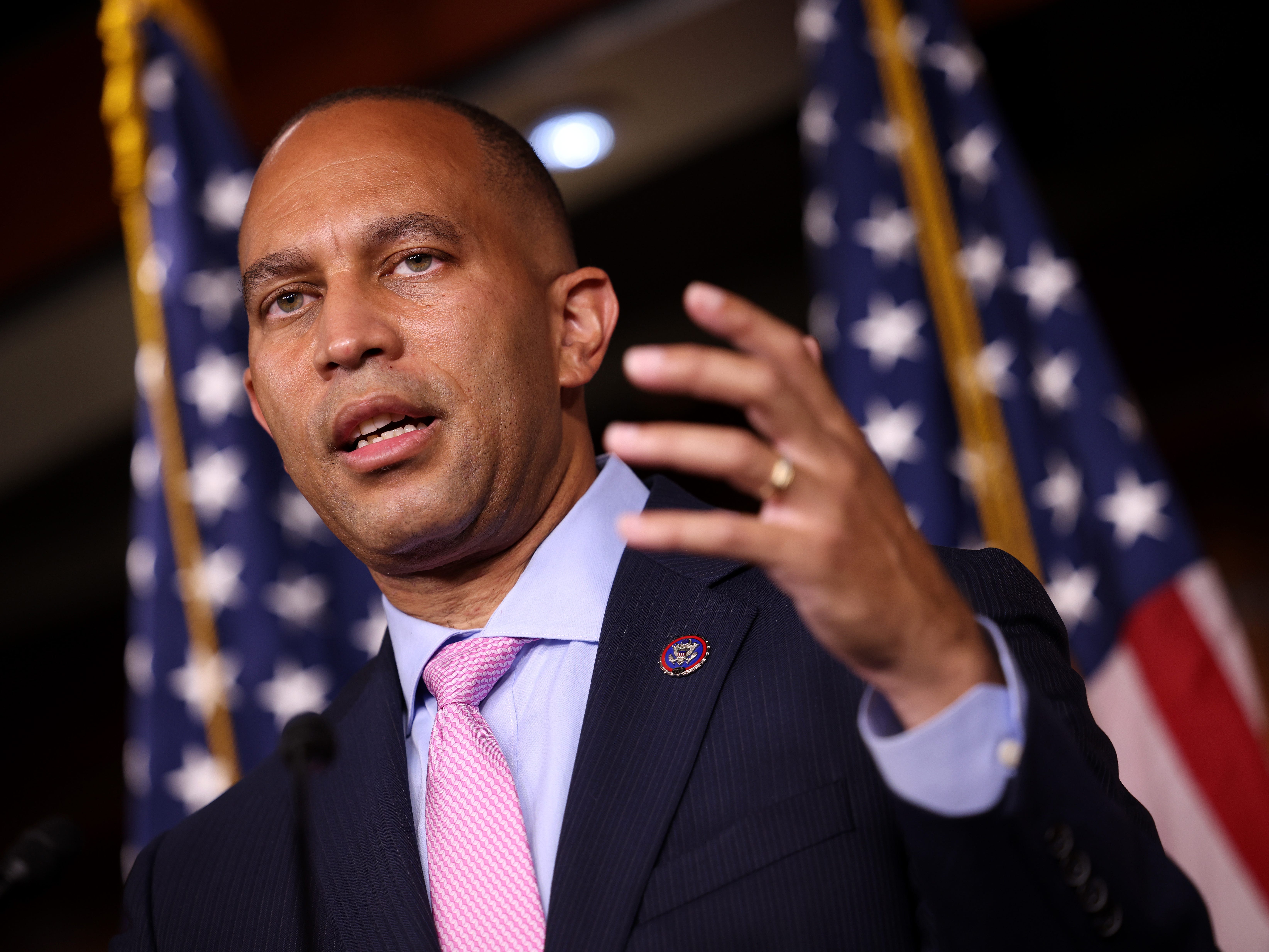 Democratic Caucus Chairman Hakeem Jeffries of New York speaks at a news conference following a caucus meeting at the U.S. Capitol on September 21, 2021.

Rep. Hakeem Jeffries of New York has announced a bid to become House Democratic leader.
Nancy Pelosi announced Thursday that she will not seek re-election to a leadership role but will stay in Congress.
Jeffries, 52, is likely to become the first Black leader of a congressional caucus in American history.

Democratic Rep. Hakeem Jeffries has officially announced his candidacy to become the House Democratic leader after Nancy Pelosi said on Thursday that she will not be seeking re-election for the position.

“We must make sure that the perception of the Democratic brand matches up with the reality that we do in fact authentically share values that unite the Heartland, Urban America, Rural America, Suburban America and Small Town America,” Jeffries said in a letter to colleagues sent Friday morning. “This undertaking will not be easy. We must show up early and in unexpected places. It will require the involvement, creativity and input of every single House Democrat to be successful. Together, we can make it happen.”

Jeffries was elected to represent a Brooklyn-based US House District in 2012. He has served as the leader of the House Democratic Caucus, since 2019 and was quickly poised to succeed Pelosi following the end of her historic reign leading the Democratic Party.

“Nancy Pelosi’s historic ascension to become the first woman Speaker of the House will forever inspire our nation on the power of possibility,” Jeffries said of Pelosi. “It has been a tremendous honor to twice place her name in nomination for Speaker of the House on behalf of the Democratic Caucus.”

If selected to lead his party, Jeffries, who is 52, would create a massive generational shift in the House’s democratic leadership.