World News: The five core principles for dealing with China under Xi – WhatsNew2Day 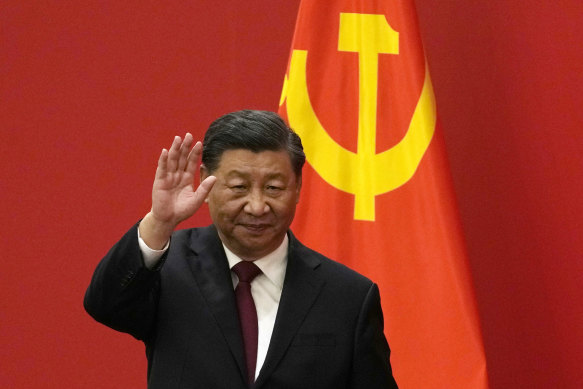 Amid this collapse came China’s unilateral trade sanctions in retaliation against Morrison’s unilateral call for an international commission to investigate the origins of COVID-19. There was nothing wrong with the content of Morrison’s call. He had previously done the same thing in an open letter in The New York Times signed jointly by dozens of other former political leaders. But he did not take the time to coordinate a united front with European and Asian friends and allies. Instead Morrison charged over the breastwork, apparently hoping to claim the glory for himself. And the Australian industry took the bullet.

This is the relationship inherited by the Labor government six months ago. Prime Minister Anthony Albanese and Foreign Minister Penny Wong have sensibly lowered the political temperature by refraining from regular reckless outbursts. Rhetorical heat has similarly fallen on China’s side. Ministerial contact, frozen for almost three years, was immediately resumed. And when our prime minister met Xi this week in Bali, it marked the end of an unprecedented six-year freeze at the highest level.

“As I urged Morrison at the time, there are five basic principles that should guide any Australian government dealing with China under Xi.”Credit:access point

Is everything fixed? Of course not. Even with patient and effective diplomacy, there will still be disagreements. As I urged Morrison at the time, there are five basic principles that must guide any Australian government dealing with China under Xi: unconditional commitment to universal human rights, anchored in international law; unconditional support for the US alliance, though not as an automatic compliance with all elements of US policy; third, to maximize economic commitment for our mutual benefit, such as the resumption of normal tourism and student flows; fourth, maximum collaboration with China through global institutions on climate change, global economic stability, nuclear non-proliferation, and management of future pandemics; and finally, when we need to break away from China, do it in collaboration with friends and allies. It is safer to hunt in packs.

We cannot simply wish real differences in strategy, politics and values ​​to disappear. But neither should we ignore our mutual interests. If we hope to celebrate this 50th anniversary of the bilateral relationship, a positive step for China would be to lift the sanctions imposed on the Morrison government. This would finally draw a line under the recent past. As well as clear the way to jointly address our common challenges and opportunities for the future.

There will be plenty of both.

Dr. Rudd, a former Australian Prime Minister and Minister of Foreign Affairs, is World President of the Asia Society.

The Opinion newsletter is a weekly digest of opinions that will challenge, defend and inform your own. sign up here.

american democracy: “Democracy is a policy of frustrated winners and good losers.” If a growing number of Americans find the loss intolerable and therefore defeating opponents by any means necessary is morally justifiable, the result is radicalization: waleed aly

A winter war: Both the Russian and Ukrainian strategies are based on the continuation of hostilities during the colder months. However, they will have very different approaches. – mick ryan

The Royal Family: The crown is in its fifth season and much of the debate has centered on whether it is historically accurate or complete fiction. What we do know is that the series does a terrible thing to the royal family: it humanizes them. – Jacqueline Maley