Proof of stake vs. proof of work: key differences between these methods of verifying cryptocurrency transactions 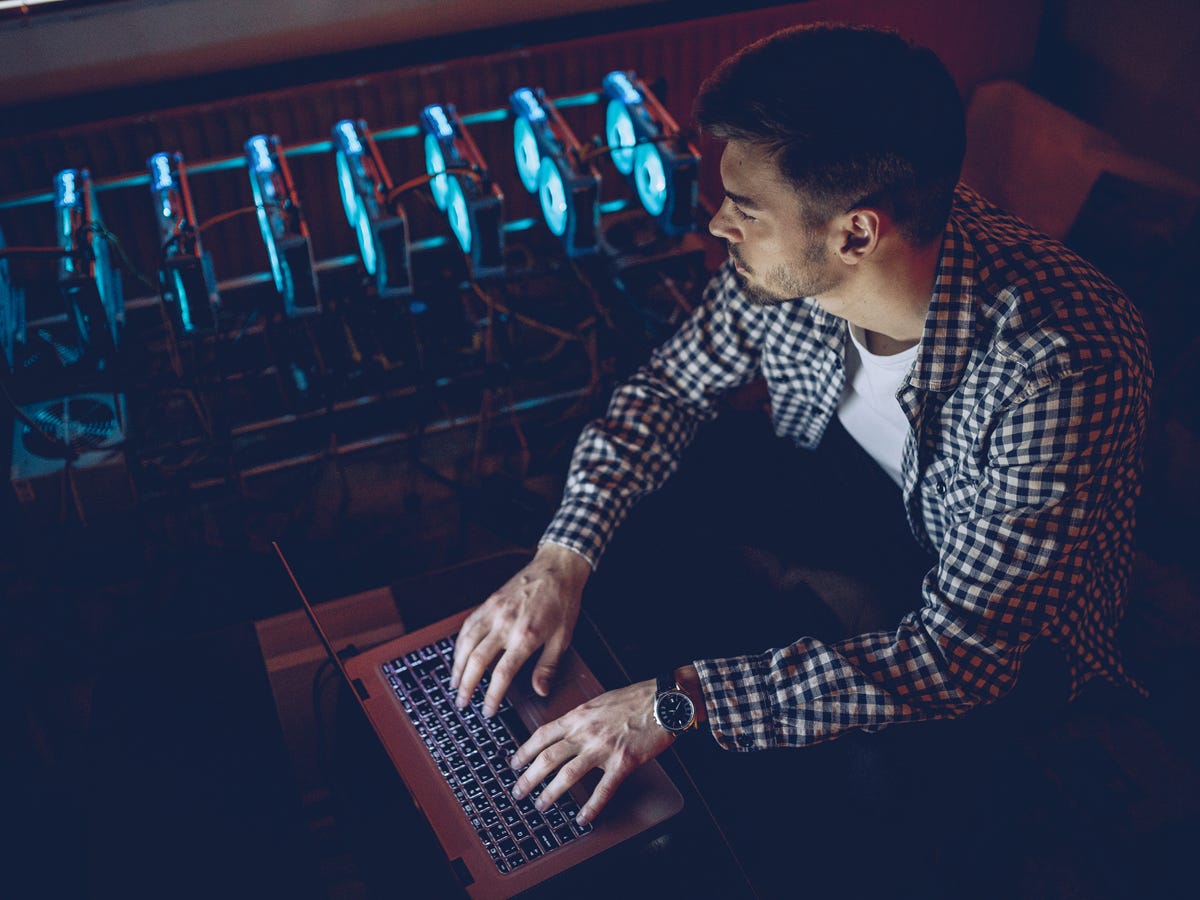 Insider’s experts choose the best products and services to help make smart decisions with your money (here’s how). In some cases, we receive a commission from our our partners, however, our opinions are our own. Terms apply to offers listed on this page.

Proof of work has been around since Bitcoin became the first cryptocurrency in 2009.

A defining characteristic of most of the largest cryptocurrencies is that they are decentralized. Proponents point to this as one of their main benefits. But the lack of a central authority responsible for verifying transactions also presents a challenge.

Bitcoin overcomes it by using an approach known as proof of work, as do several other major cryptocurrencies including Bitcoin Cash, and Litecoin. However, a growing number of platforms such as Ethereum, Solana, Avalanche, and Cardano, are now using an alternative known as proof of stake, which consumes much less energy.

Proof of stake vs. proof of work: at a glance

Proof of work and proof of stake are similar in that they’re both mechanisms through which a distributed network of participants can agree on which new block of transactions is added to a cryptocurrency’s digital ledger, known as a blockchain. But they differ in how they reach this endpoint.

For its part, proof of work enables agreement on which block to add by requiring network participants to expend large amounts of computational resources and energy on generating new valid blocks. Proof of stake requires network participants to stake cryptocurrency as collateral in favor of the new block they believe should be added to the chain.

What is proof of stake?

Proof of stake revolves around a process known as staking. This is a bit like voting, although with most proof-of-stake cryptocurrencies the process doesn’t involve “one person one vote.” Instead, participants — known as validators — stake a certain amount of crypto behind the block they want added to the chain, with different blockchains setting different limits for this amount.

One primary advantage of proof of stake is that it avoids the need to invest increasing sums of money in ever-more powerful computing equipment that consume growing amounts of electricity.

Proof of stake was developed “in response to the high computational costs of proof of work protocols,” says Catherine Mulligan, a professor of computer science at the University of Lisbon’s Instituto Superior Técnico.

Proof of stake also promises greater scalability and throughput than proof of work, since transactions and blocks can be approved more quickly, without the need for complex equations to be solved.

“Two major benefits of proof of stake over proof of work are that PoS can be less energy intensive and have greater transaction throughput (speed) and capacity,” says Hileman.

However, proof of stake can tend toward centralization. This is because, in certain proof-of-stake cryptocurrencies, there isn’t really any limit on how much crypto a single validator could stake.

“A key disadvantage is that in some systems, you are only selecting validators that have the most money. This means that proof of stake is likely to be significantly less democratic in many cases than Bitcoin,” says Mulligan.

Another problem with proof of stake is that, while its environmental credentials are more impressive because it uses less energy, the approach hasn’t really been proven on the scale that proof-of-work platforms have.

“Proof of work is the only consensus algorithm that has had its security battle-tested at scale and safely stored over $1 trillion in value, in the case of Bitcoin,” says Hileman.

While there are questions as to whether proof of stake can prove itself, it has the benefit of incorporating measures to ensure that validators behave well and approve only valid blocks.

“A key distinction between [the two consensus mechanisms] is the fact that there is an economic incentive for nodes to participate well in proof of stake. If they ‘validate’ bad transactions or blocks, they will face something called ‘slashing’ — which means they are penalized,” says Mulligan.

Note: The cryptocurrencies that use proof of stake such as Solana and Avalanche haven’t been around long enough to have fully established its effectiveness.

Proof of stake pros and cons

Has a much smaller environmental impact

What is proof of work?

In a proof-of-work network such as Bitcoin, “all the computers (nodes) on the network are competing to be the first to solve the problem and ‘prove their work,’ and they get to add the latest batch of transactions to the blockchain and earn some bitcoin in exchange,” Mulligan explains.

The main strength of proof of work is that, by requiring an increasingly large investment in energy, it makes it exponentially more difficult for a would-be bad actor to verify invalid blocks and double-spend cryptocurrency.

That said, its consumption of energy has become controversial.

“This is computationally intensive and is one of the reasons that many people are concerned about the environmental impact of the Bitcoin network,” says Mulligan. “The more computers that you need to ensure the network is robust and functioning, the more energy that is consumed.”

In addition to the electrical power required, the ever-increasing amount of computing power needed to compete on a proof-of-work cryptocurrency network is causing a problem with electronic waste as participants dispose of outdated systems and replace them with more advanced ones.

On the other hand, Mulligan explains that one other strength of proof of work is that, because it’s based on open competition between miners, it can be viewed as more democratic and decentralized than proof of stake. The latter, by contrast, may favor large holders of cryptocurrency, who may often be early adopters and who may ensure that the corresponding blockchain is developed in a certain way.

Note: Bitcoin established the proof-of-work protocol when it became the first cryptocurrency in 2009.

Proof of work pros and cons

Network is more open and decentralized

Only consensus mechanism to have been proven at scale

Proof of work and proof of stake are two different mechanisms used by cryptocurrencies for achieving consensus on which new blocks to add to their blockchains. They each solve the basic problem of verifying transactions without using a central authority.

Proof of work has the advantage of making it very expensive to attack a cryptocurrency’s network, yet it comes at a growing environmental cost. While proof of stake avoids the massive energy consumption of proof of work, it hasn’t been proven to be as secure and stable as proof of work at scale.