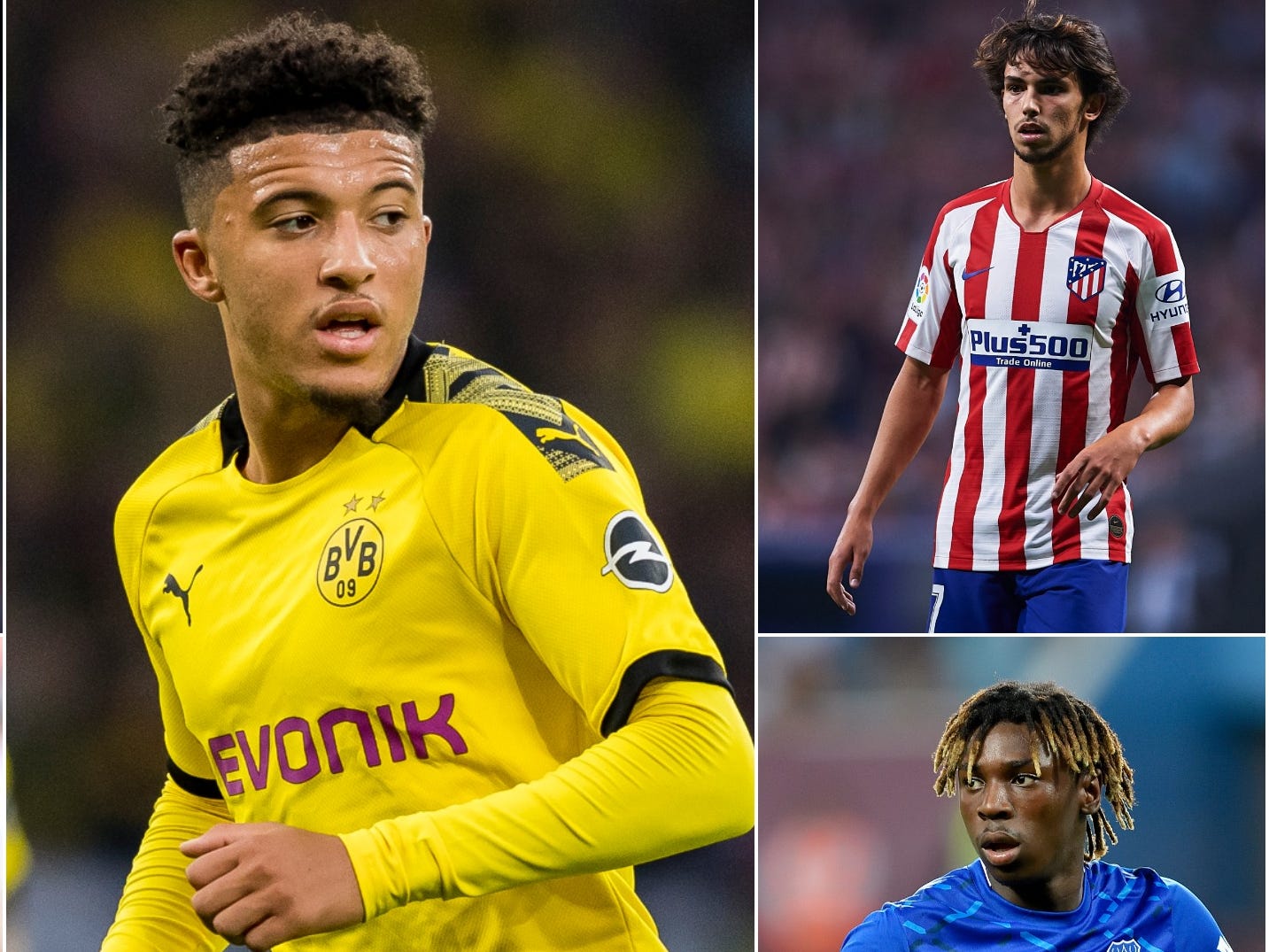 Jadon Sancho is one of the favorites for this year’s award.

The “Golden Boy” award, established by Italian sports newspaper Tuttosport in 2003, is the prize given to the best footballer under the age of 21 in Europe each year.Its previous winners include Lionel Messi, Wayne Rooney, and most recently Matthijs de Ligt. This year’s winner will be announced in December. The shortlist has been cut down to a final 20, all of whom are listed below.Read more of our soccer coverage here.Visit Business Insider’s homepage for more stories.

The “Golden Boy” award is one of the most prestigious individual prizes in European football.

The award was established by Italian sports newspaper Tuttosport in 2003 and voted for by journalists and the public. It is presented to the player under the age of 21 adjudged to have had the most impressive calendar year.

Previous winners include Lionel Messi, Wayne Rooney, and most recently, Dutch defender Matthijs de Ligt, who scooped the award in 2018.

Read more: 2 teenage soccer stars who once played together as children could soon become the sport’s biggest rivals since Lionel Messi and Cristiano Ronaldo

The young Juventus star is up for the coveted trophy, with the winner announced in December. However, he faces serious competition if he is to become the only player to win it twice in a row.

Jadon Sancho, Joao Felix, and Vinicius Junior are three of the star-studded names to make the final 20.

Davies has begun to establish himself as a regular feature at Bayern Munich this season, making four appearances and scoring one goal.

Last year’s winner, De Ligt’s impressive 2018/19 campaign with Ajax earned him an $84.3 million move to Juventus in the summer, where he’s since made five appearances.

It’s hard to believe Gianluigi Donnarumma is just 20, given as he has already made 170 appearances for AC Milan, and 14 for Italy.

Pep Guardiola described Phil Foden as the “most talented player” he’s ever seen, according to the BBC, and the Spaniard has worked with Lionel Messi. Quite the compliment.

Guendouzi is promising the be the midfield general Arsenal have craved since the departure of Patrick Vieira back in 2005, having already become a regular and important figure in Unai Emery’s new-look side.

His country’s next big thing, Havertz has already been hailed as “world-class” by ex-Germany international Mattias Sammer, as well as “exceptional” by current Mannschaft coach Joachim Low, according to Bundesliga.com.

The world’s most expensive teenager ever — Joao Felix cost Atletico Madrid $137 million from Benfica this summer. Tipped as Portuguese soccer’s biggest talent since Cristiano Ronaldo however, it’ll be hoping he will prove to be worth the money.

Eintracht Frankfurt will be hoping summer signing Joveljic, who scored 14 times for Red Star Belgrade last season, can fill the boots of Luka Jovic this season after his transfer to Real Madrid.

Juventus’ loss was Everton’s gain this summer after Marco Silva’s side secured the signature of the promising Italian for $32.8 million. He scored seven times in 17 appearances last season.

Lee Kang-in was the star of the U20 World Cup earlier this year, winning the tournament’s best player award — the “Golden Ball” — as South Korea finished as runners up to Ukraine.

Lunin was also a star of the U20 World Cup like Kang-in. The Real Madrid loanee was awarded the Golden Glove as the tournament’s best shot stopper, keeping three clean sheets to help Ukraine won the competition.

Malen has scored 11 goals for club and country already this term, five of which came in a single game against SBV Vitesse last month.

After spending last season on-loan with Derby County, Mount followed new Chelsea boss Frank Lampard back to Stamford Bridge and has since been a star for his boyhood club, scoring three times in nine games.

Rodrygo made quite the mark on his Real Madrid debut last month when he came off the bench to score a scorcher in a 2-0 win over Osasuna. Zinedine Zidane will be hoping for plenty more of the same in the future from his $49.3 million talent.

Sancho was Europe’s top provider last season with 23 assists, and he’s already added another six this term, as well as four goals in what’s been a blistering start to the new campaign.

Torres is already en route to becoming a Valencia great, having been with the club since he was just six, and in the first team since he was only 17. He’s since made 59 appearances, and scored three goals.

Nicolo Zaniolo told The Guardian he aims to be as good as AS Roma and Italy icon Francesco Totti one day. Lofty ambitions, but his debut season, in which he scored six goals and set up two, is a sign of bigger things to come.

The youngest nominee this year, 16-year-old Fati has exploded onto the scene this season with FC Barcelona, scoring twice and providing one assist in just five games, four of which were as a substitute.