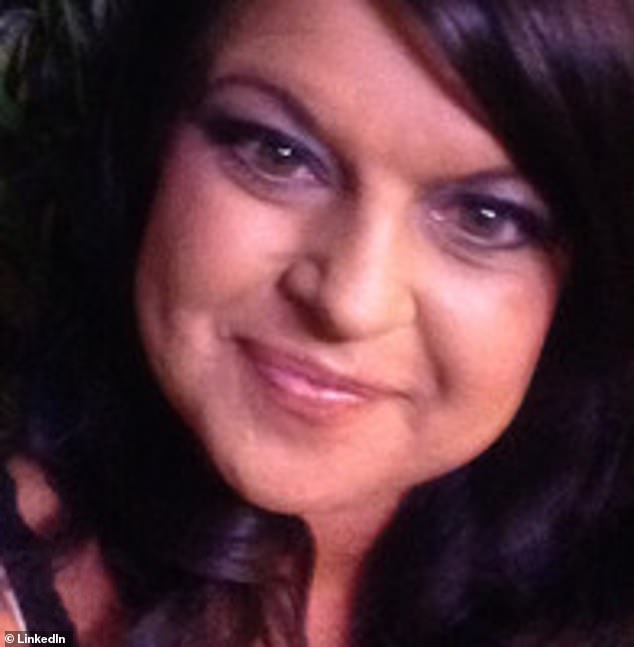 An Illinois nurse resigned Monday after posting a controversial tweet promising not to prescribe Viagra to white conservative men.

“I prescribe medication. I can also choose not to prescribe them,” tweeted noted nurse Shawna Harris Friday night.

“So… from now on… if you’re a white male voting conservative, your penis needs to ask God for the strength to rise.” No more Viagra.’

Harris worked at the Sarah Bush Lincoln Health Center for nearly nine years prior to Friday’s social media incident, according to her LinkedIn profile.

The controversial tweet, which claimed “no more Viagra” for conservative white men, gained traction and was labeled “discriminatory” by Harris’ workplace

The tweet went viral and was eventually labeled “discriminatory” by the Sarah Lincoln Bush Health Center.

Harris apologized for her comment, in which she claimed she “let her personal feelings out” and allowed her actions to tarnish the hospital’s reputation.

“These hateful words are inconsistent with how I have been caring for my patients,” Harris wrote in a statement released by the hospital.

“I have resigned knowing that my patients will be well taken care of,” she added.

Harris apologized Monday, claiming she allowed her “personal feelings to spill out.” Harris was a nurse at Sarah Bush Lincoln Health Center for almost nine years before announcing her retirement on Monday

Hospital President Jerry Esker repeated Harris’ apology on behalf of the hospital, claiming “discriminatory practices will not be tolerated.”

“Discriminatory practices will not be tolerated. We are sorry that this issue has caused such turbulence. We remain committed to our mission and care for everyone,” added Esker.

The controversial tweet was sent hours after the Supreme Court ruled Roe v. Wade — the landmark 1973 case that gave women the right to an abortion.

Elected representatives of the state should now decide on the right to abortion.

Abortion was automatically banned in 18 US states once Roe v. Wade was overturned thanks to specially designed “trigger laws” and historic bans that were automatically reinstated after Friday’s ruling.

Abortion bans in these states now become law within 30 days unless blocked by state judges.

A Louisiana judge on Monday temporarily barred the state from banning abortions despite its trigger law, and a Utah judge followed close behind, blocking the state’s ban for 14 days.