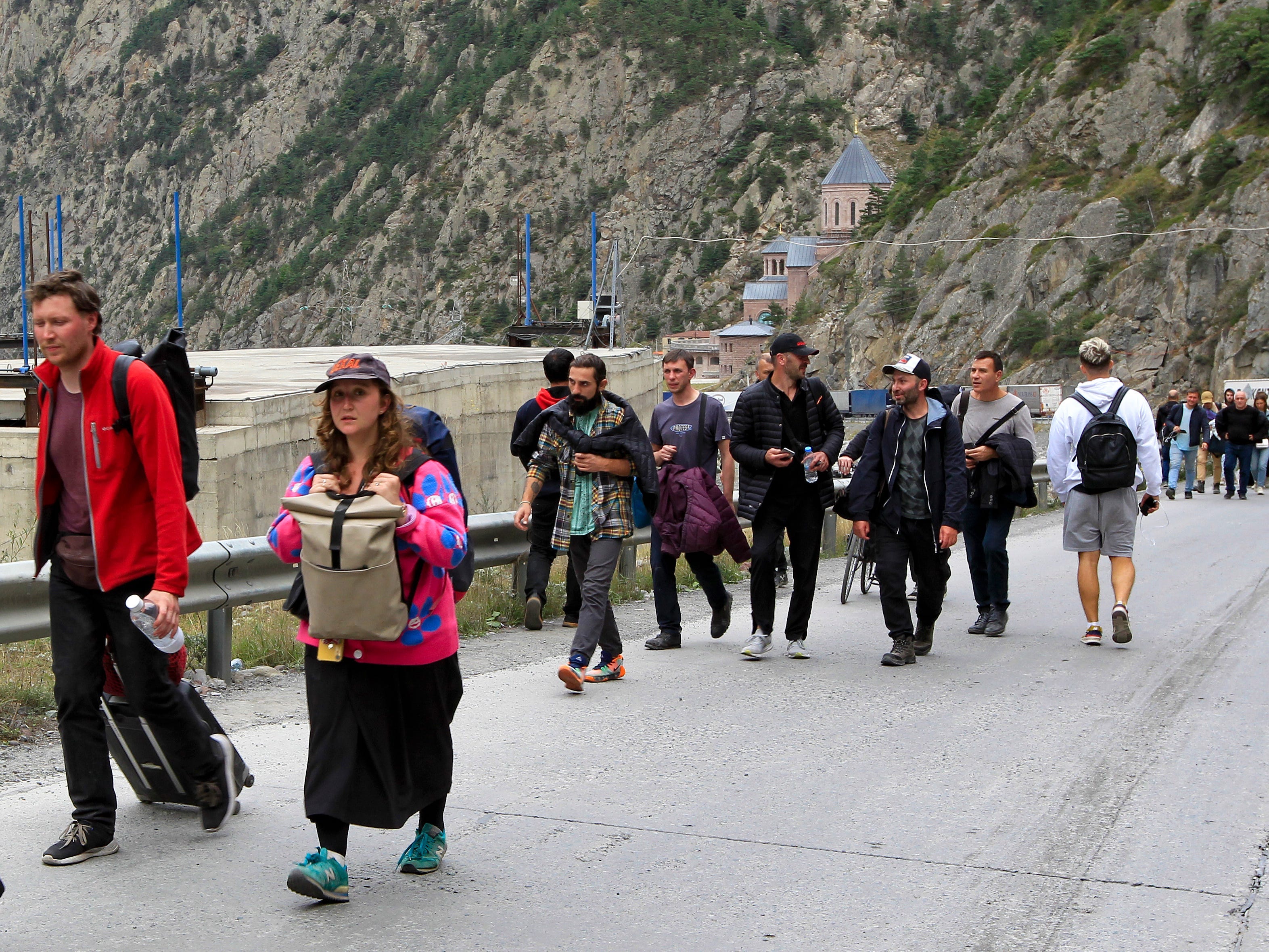 People, most of them Russians, crossing the border between Georgia on September 28.

At least 200,000 Russians have fled the country after Putin ordered a partial mobilization.
Many are heading to neighboring countries where they can enter visa-free, like Kazakhstan and Georgia.
The influx has jacked up hotel rates and rents in these places. Airfares out of Russia are up too.

A surge of Russians fleeing their country to avoid being drafted is sending hotel rates and rents in Kazakhstan and Georgia soaring.

At least 200,000 Russians have left the country since President Vladimir Putin announced a partial military mobilization order for the Ukraine war on September 21, Bloomberg reported on Wednesday, citing data from Kazakhstan, Georgia, and the European Union.

Russian men, some with families in tow, have been heading to countries with visa-free entry for Russians — by car, bicycle or by foot, with long queues forming at the land borders, according to the Associated Press on Wednesday.

The sudden surge in Russians entering these neighboring countries has jacked up hotel rates and home rents in Kazakhstan and Georgia. Prices have doubled in some places, and have led to heightened tensions with locals, according to Bloomberg.

To be sure, it’s not the first influx of Russians fleeing Putin’s regime. Many highly educated professionals have left Russia since the war with Ukraine broke out, Insider’s Jason Lalljee reported in March.

Russians, alongside Ukrainians and Belarusians escaping from war and repression have also pushed up rents in Armenia and Georgia, Tbilisi-based independent news site OC Media in March. In some cases, tenants have faced eviction, as they have been unable to fork up additional rents, the publication reported.

It’s not just accommodation costs either. An air ticket out of Russia can cost as much $27,000 on a private jet, The Guardian reported on Tuesday — but demand is robust. That could be because plane tickets out of Russia are selling out fast.

The European Union has banned Russian flights from its airspace, but Russian travelers can still enter the bloc via Finland. They can then travel in the block with a valid checks-free Schengen visa.