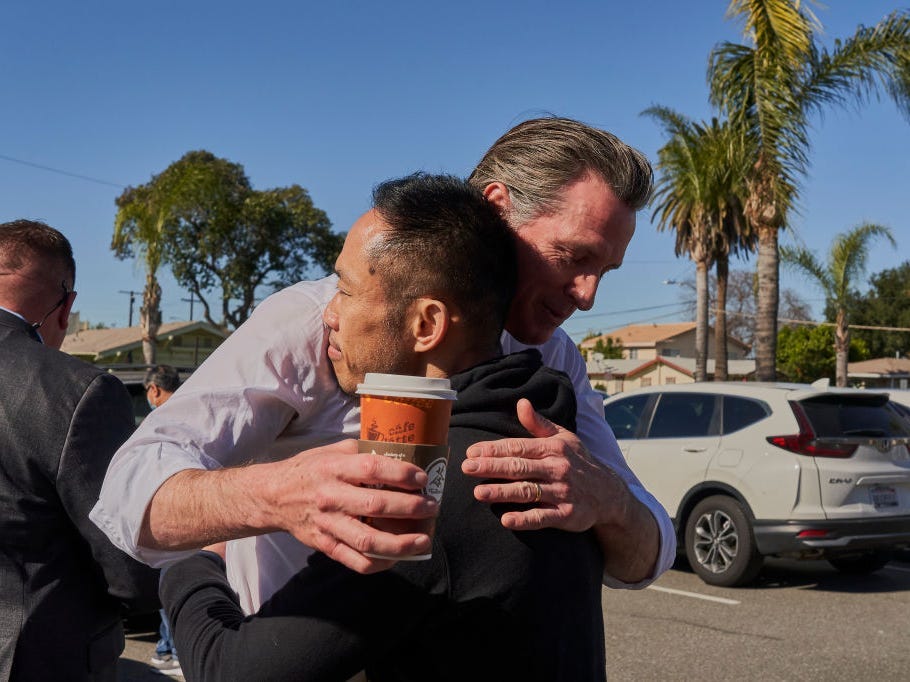 Philip Cheung for The Washington Post via Getty Images

Gavin Newsom described meeting shooting victims when he was informed of a new attack.
On Monday, seven people were killed in Half Moon Bay near San Francisco.
It came after 11 were killed on Sunday in a shooting in Monterey Park near Los Angeles.

California Gov. Gavin Newsom said he was in the hospital meeting mass-shooting victims when he was pulled aside to be briefed on another mass shooting.

The state has been rocked by a series of mass shootings in recent days, with the latest incident on Monday when a man shot dead seven former co-workers in Half Moon Bay, south of San Francisco.

11 were killed Sunday in Monterey Park, near Los Angeles in an unconnected incident.

“At the hospital meeting with victims of a mass shooting when I get pulled away to be briefed about another shooting. This time in Half Moon Bay,” tweeted Newsom. “Tragedy upon tragedy.”

When visiting the scene of the Monterey Park shootings Monday, Newsom said that existing firearm legislation was inadequate.

California has some of the toughest gun laws in the US. Police have said that the Monterey Park shooter used a modified pistol in the attack, despite them being banned in the state.