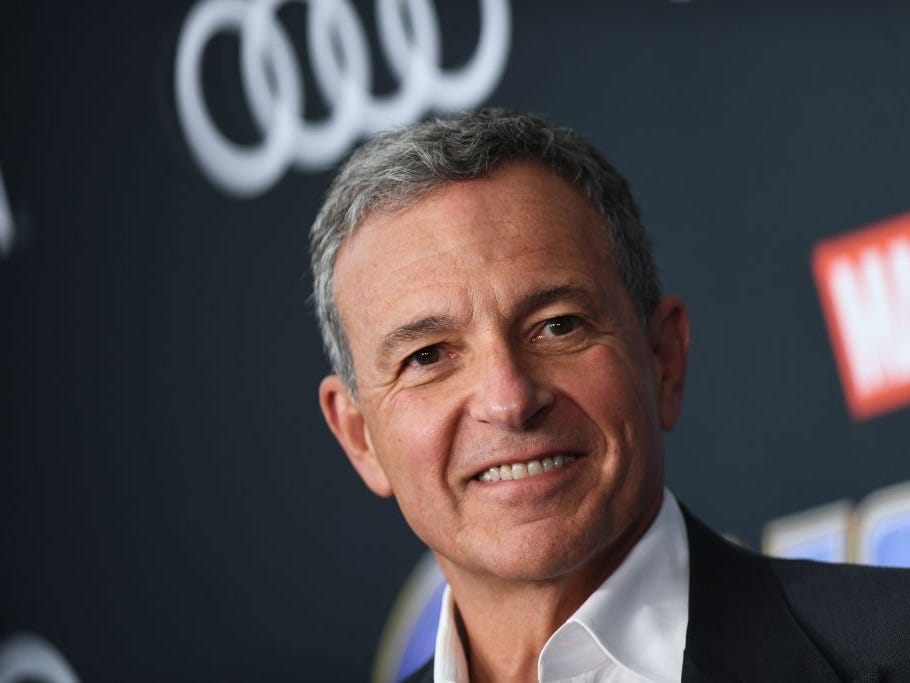 Ever-conscious of the rise of the bots, I wanted to compare investment advice between Wall Street experts and the splashy new language tool, ChatGPT.

Surprise, surprise: The AI’s strategy holds up just fine against the humans.

ChatGPT took all of 30 seconds to lay out a five-part strategy for investing during a recession — you can read it here.

To you financial strategists and journalists out there, don’t say I didn’t warn you.

Now let’s get to the news.

1. Billionaire activist investors are putting pressure on top CEOs who were previously thought to be untouchable.

Leaders of beloved brand names are coming under fire — and Marc Benioff of Salesforce and Disneys’ Bob Iger are the two latest execs to feel the heat, as my colleague Matthew Fox writes.

Like the rest of us who endured last year’s bear market, top shareholders in once-high-flying companies are feeling the sting of underperformance, and that’s painted a target on the back of corporate management teams.

Nelson Peltz of the Trian Fund launched an activist investor campaign against Disney, and Paul Singer of Elliott Management did the same against Salesforce.

The two companies are down about 49% and 35% from their peaks, respectively.

At the heart of their demands is more capital discipline, specifically when it comes to headcount. The activist targeting Google parent Alphabet, for instance, said that the 12,000 job cuts at the search giant were a step in the right direction but still not enough, and median salaries should also come down.

At first glance, the activism seems to be working.

The stocks have climbed since the news of the two campaigns emerged — but it’s a little more complicated than up or down moves, and last week Disney rebuffed Peltz’s request for a seat on its board of directors.

Much of last year’s stock slump can be chalked up to the Fed’s interest rate hikes, as well as investors’ flight to non-tech stocks and safe havens like the dollar.

That means activist investors, moguls they may be, still face an uphill battle in winning over shareholders and management teams.

Read the full breakdown of the clash among billionaires.

What’s your take on this burgeoning wave of activist investors? Tweet me (@philrosenn) or email me (prosen@insider.com) to let me know.

2. US stock futures fall early Tuesday, as investors brace for the next wave of high-profile earnings and despite growing hopes for a mild recession. Here are the latest market moves.

4. These groups of 10 stocks can provide the foundation for a portfolio that can outperform during an economic slowdown. Goldman Sachs’ top analysts put together two separate portfolios: one for an economy that keeps growing, and one for a recession.

5. Morgan Stanley’s top strategist advised not to buy into the current stock rally. To Mike Wilson, the final stages of the bear market have yet to play out — and corporations appear on pace to hit an earnings recession.

6. Investor optimism toward stocks is coming too soon, according to BlackRock. The asset manager said the Fed will inflict damage on the economy in order to rein in inflation. That means market bulls are operating on shaky ground as signs of a downturn mount.

7. Stocks are about to crash as the “perfect bull market cocktail” of the last four decades comes to an end. That’s according to Gateway Credit’s chief investment officer, Tim Gramatovich, who told me that valuations look set to plunge and stay depressed even beyond 2023.

8. This Navy officer built a $1 million real estate portfolio with $14,000. She explained how anyone can start buying property with little to no money down — here are five of her top strategies.

9. Credit Suisse recommends investors buy these 39 cheap stocks right now. This batch of names are set for stronger earnings growth than their peers this year even in a weaker environment, strategists said. Get the full list.

10. Bitcoin is hovering near its highest price in five months. And crypto-linked stocks are also rising with the token. Crypto bank Silvergate jumped 12% Monday. The world’s most popular crypto is now up 36% in the past month.