100 Leopard tanks in 12 countries are standing by for Germany’s go-ahead to be sent to Ukraine, official says 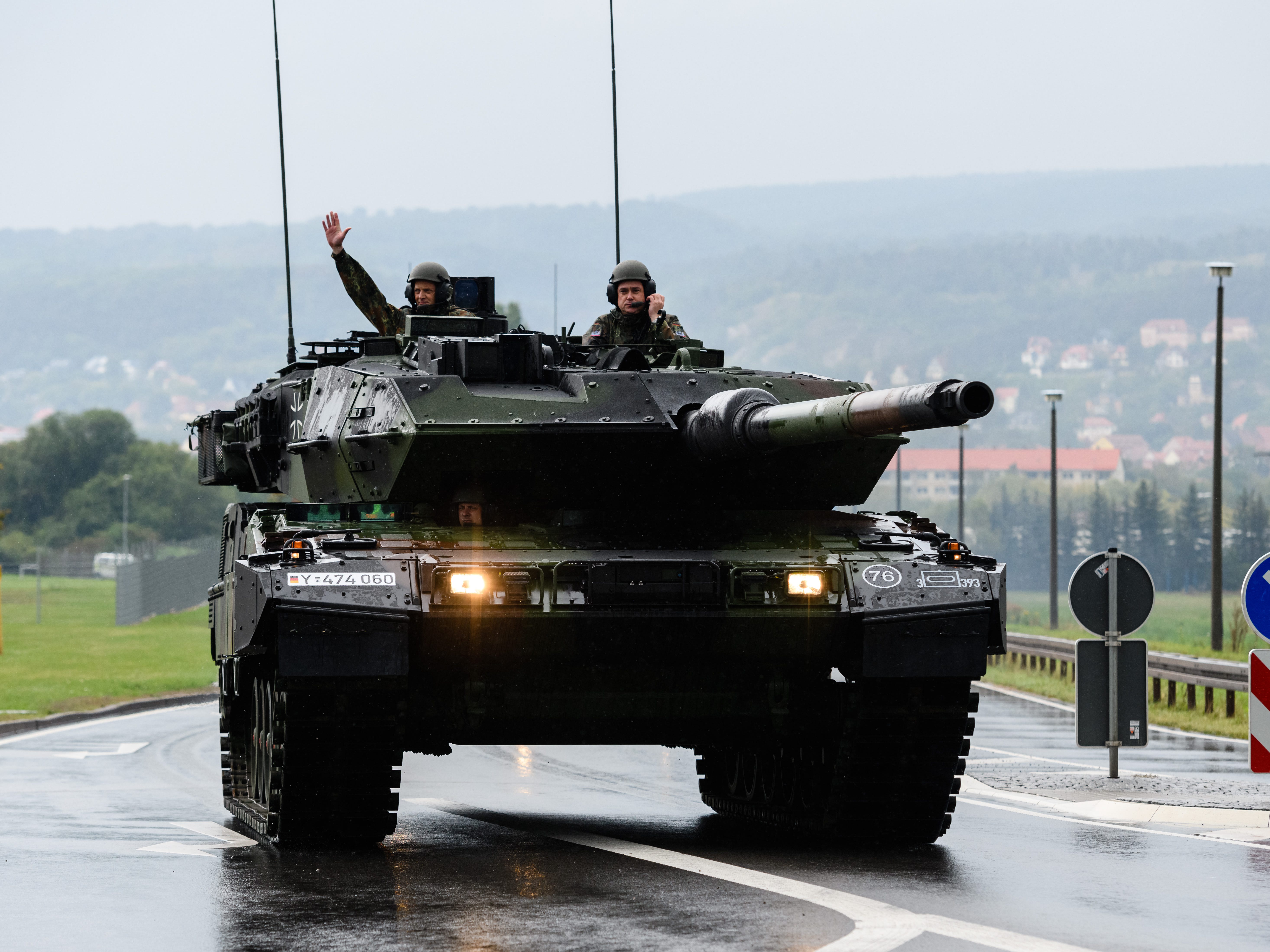 A Leopard 2 A7V battle tank prior an event to mark the reception of the first units of the new tank on September 15, 2021 in Bad Frankenhausen, Germany.

Twelve countries are waiting on Germany’s go-ahead to send around 100 Leopard tanks to Ukraine, a senior Ukrainian official told ABC News on Monday.

The countries involved agreed to contribute at a summit in Germany on Friday, the unnamed official told ABC News.

But Germany has the right to block the re-export of its tanks, and Scholz has named several conditions — including the US also sending tanks — before signaling it would be willing to allow the transfer.

Poland and Finland have said openly they are readying to send their tanks, but before Friday’s meeting it was unclear how many countries would join them.

Lithuania’s Defense Minister Arvydas Anusauskas told Reuters that he estimated the pledges would be at least 100.

On Sunday, Germany’s Foreign Minister Anna Baerbock said that she “would not stand in the way” of the transfer if Poland makes a formal request, as the BBC reported. But it was unclear whether Scholz, at that point, agreed.

Poland’s Defense Minister Mariusz Bɫaszczak tweeted on Tuesday that an official request to transfer the tanks had been sent.

In an interview with German TV station ARD, President Volodymyr Zelenskyy spoke of the impact on morale the tanks would have even if they represent only a small portion of the tanks that Russia is able to field.

“When they have a thousand tanks, any country’s decision to give us 10, 20 or 50 tanks can solve the problem,” he told the station, per Ukrainska Pradva’s translation.

“They do only one very important thing – they motivate our soldiers to fight for their own values. Because they show that the whole world is with you,” he said, while criticizing the reported German position of waiting for the US to move first.

At the same time, the UK’s decision to send 14 of its Challenger tanks — viewed as a mostly symbolic effort to get other countries moving — helped the diplomatic process, the unnamed Ukrainian official told ABC News.

Prior to Poland’s request, the debate has proceeded along the lines of informal diplomatic enquiries.

But those enquiries from Poland have ramped up, with the country’s Prime Minister Mateusz Morawiecki indicating last week that if Germany was unwilling to accede to the request, Poland might send them anyway.

“Consent is a secondary issue here,” he told Polish radio station PolskiRadio24. “We will either get this agreement quickly, or we will do the right thing ourselves.”

Germany is not alone in its stance. Switzerland has also opposed multiple requests from Ukraine’s allies to re-export its munitions — including one request from Germany to send 35mm ammunition, as Reuters reported.

Russia has sought to capitalize on the disagreements, portraying them as evidence of weakness within the European pro-Ukrainian alliance.