House Republican tells Kevin McCarthy to ‘start governing for a change,’ says she won’t vote to boot Ilhan Omar off of the House Foreign Affairs committee 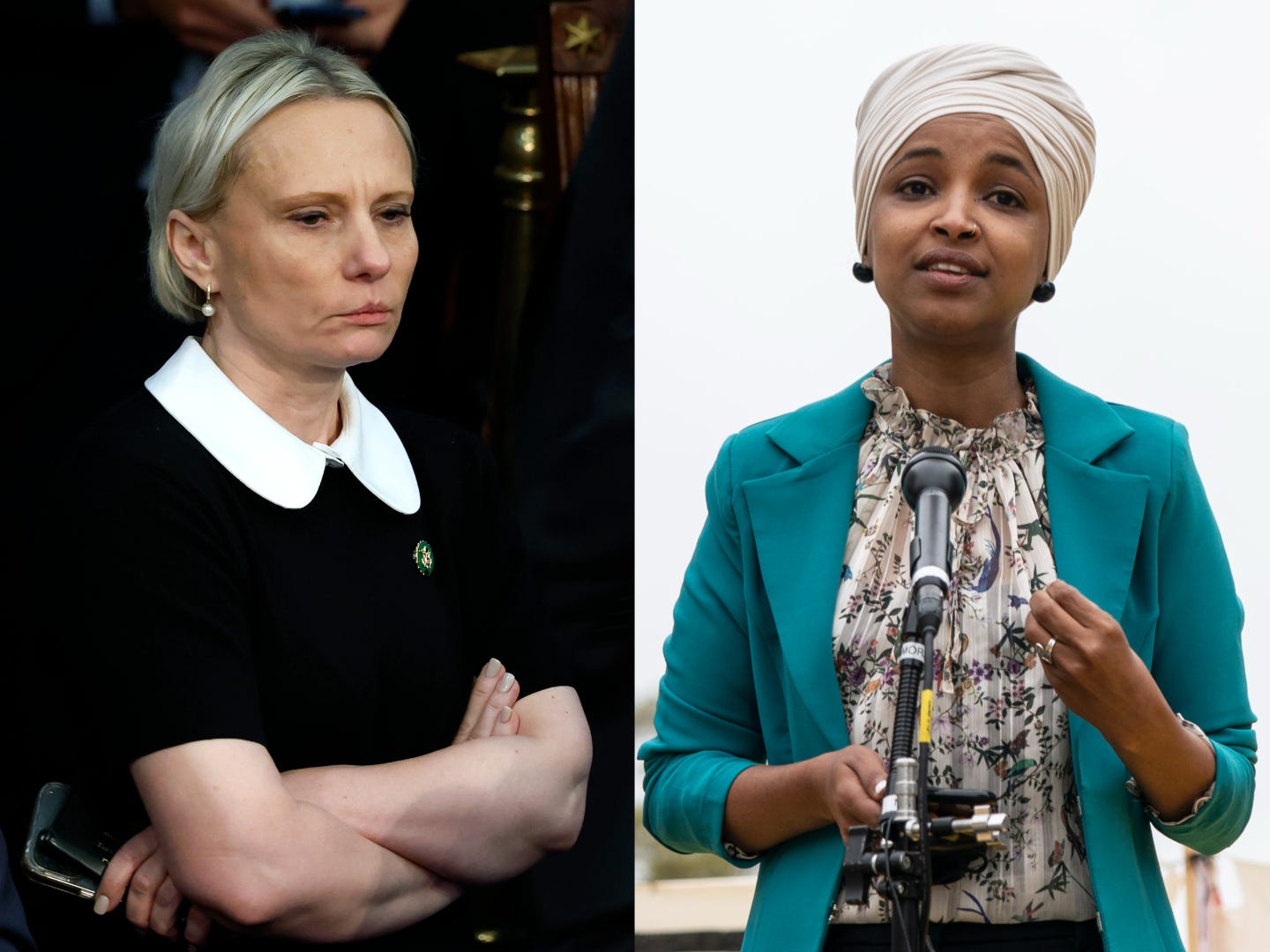 McCarthy is set to hold a vote on removing Ilhan Omar from the House Foreign Affairs committee.
He cited Omar’s previous comments on Israel as well as previous votes to do the same to Republicans.
But Rep. Victoria Spartz won’t vote for the resolution, and says McCarthy should “start governing.”

House Speaker Kevin McCarthy is preparing to hold a floor vote in the coming weeks on removing Democratic Rep. Ilhan Omar of Minnesota from the House Committee on Foreign Affairs, citing previous comments from Omar perceived as anti-Semitic and what he says was a precedent set by House Democrats.

But at least one House Republican — Rep. Victoria Spartz of Indiana — has firmly declared that she will not vote for the resolution.

“Speaker McCarthy is taking unprecedented actions this Congress to deny some committee assignments to the Minority without proper due process again,” Spartz said in a statement on Tuesday. “As I spoke against it on the House floor two years ago, I will not support this charade again. Speaker McCarthy needs to stop ‘bread and circuses’ in Congress and start governing for a change.”

It’s not the first time Spartz has emerged as a critic of McCarthy.

During the four days that the House voted on electing a new speaker, Spartz began to vote “present” as the roll call votes rolled on, arguing that votes were “wasting everyone’s time.”

In her statement on Tuesday, Spartz referenced bipartisan votes during the previous Congress to remove Republican Reps. Marjorie Taylor Greene of Georgia and Paul Gosar of Arizona from committees over their violent rhetoric, saying “two wrongs do not make a right.”

She also apparently referenced the impending removal of Democratic Reps. Eric Swalwell and Adam Schiff, both of California, from the House Permanent Select Committee on Intelligence.

House Minority Leader Hakeem Jeffries recently argued that it would be a “double standard” for the two Democrats to be removed from the panel while Republican Rep. George Santos of New York gets to serve on committees despite a history of fabrications and numerous ethics inquiries. But as House Speaker, McCarthy has the unilateral ability to reject Jeffries’s picks for any select committee.

But in the case of Omar’s seat on the House Committee on Foreign Affairs, removing her will require a full vote on the House floor, and McCarthy can only afford to lose a handful of votes given the Republicans’ slim majority. Other Republicans have also expressed skepticism about the idea.

Omar apologized nearly three years ago for her remarks, which included suggesting that support for Israel in the United States is primarily about money.