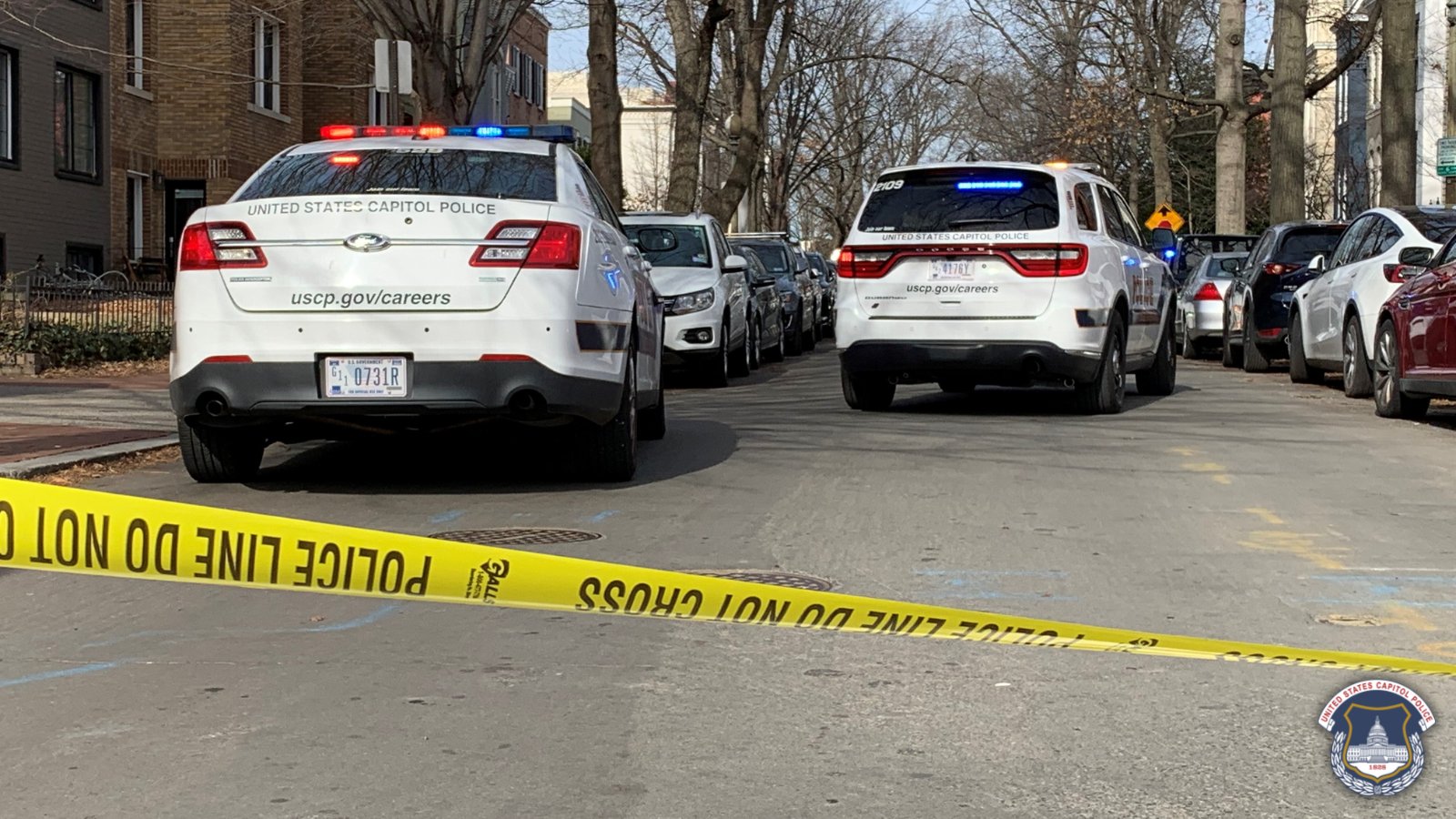 Around 11:45 a.m., an officer along the 100 block of E Street, NW, spotted a white BMW sedan that was believed to be tied to multiple armed carjackings across a neighboring county. The people inside the car were considered to be armed and dangerous. The officers attempted to make a traffic stop, but the driver sped off.

The driver clipped a USCP van along First Street, then crashed into a USCP SUV along the 300 block of Third Street, SE.

The driver and passenger got out of the car, ran and then tried to hide in an outdoor freezer behind a restaurant along Pennsylvania Avenue, SE, where they were caught by USCP officers. A gun and a high capacity magazine were recovered.

The charges include Unauthorized Use of a Vehicle, Carrying a Pistol without a License, Felony Fleeing, Reckless Driving, Assault with a Deadly Weapon (Auto X2), Large Capacity Feeding Device, Destruction of Property, Unregistered Ammunition, and Unregistered Firearm.