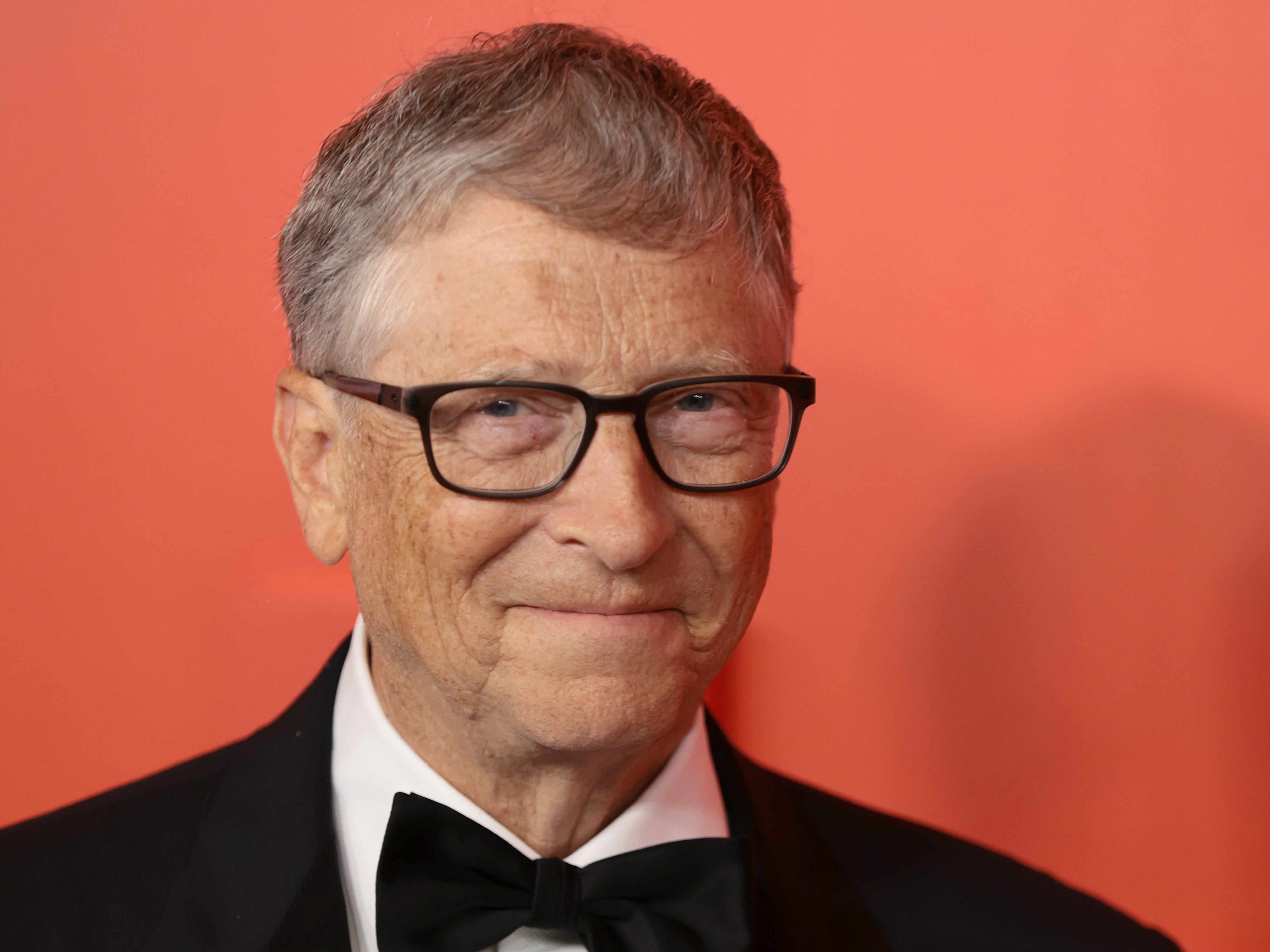 Bill Gates-founded Breakthrough Energy Ventures led a $12 million seed funding round into Rumin8.
The Perth-based startup is developing a seaweed-based feed aiming to cut methane from livestock emissions — like the burps and farts of cows.
A byproduct of the digestion process, methane, is the most common greenhouse gas after carbon dioxide.

What do a billionaire philanthropist, a climate tech firm, and fewer cow burps have in common?

Just ask Bill Gates, whose investment firm Breakthrough Energy Ventures, or BEV, led a $12 million seed funding round into an Australian climate tech firm working to reduce methane emissions — like those from cows.

Rumin8, a Perth-based startup, said Monday it has closed a Phase 2 seed funding round, bringing its total funding to 25 million Australian dollars, or $17.7 million. The company is developing a seaweed-based feed that would cut methane — a byproduct of the food digestion process — from livestock emissions.

Rumin8 plans to use the $12 million for activities like commercial trials and developing a pilot manufacturing plant.

Methane is the most common greenhouse gas after carbon dioxide. It is also 25 times more potent than carbon dioxide in trapping heat in the atmosphere, according to the US Environmental Protection Agency.

As livestock accounts for about 15% of global greenhouse gas emissions, there are now global efforts to farm such animals more sustainably.

“The demand for sustainable protein has never been more apparent, which is why BEV is keenly interested in reducing methane emissions from beef and dairy,” Carmichael Roberts, a business lead at BEV’s Investment Committee, said in a press release.

Just last week, Gates appeared upbeat about sustainable meat in a Reddit Ask Me Anything session.

“There are companies making ‘beef’ in new ways and people working to still use cows but reduce the methane emissions,” Gates wrote in the thread. “I think eventually these products will be very good even though their share is small today,” he added.

New Zealand — a major beef producer — is also proposing to tax the burps from livestock from 2025.