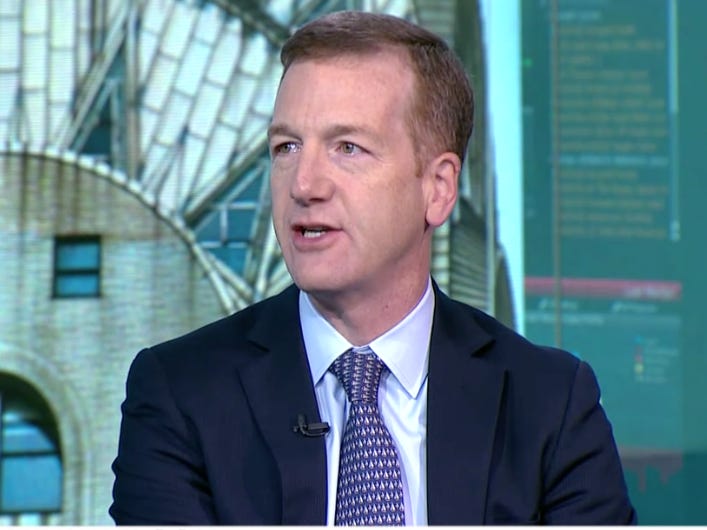 US financial markets are underestimating the extent to which company profits may fall as inflation remains sticky, according to Morgan Stanley chief equity strategist Mike Wilson.

In an interview with CNBC on Tuesday, the high-ranking stock strategist warned that markets aren’t paying enough attention to a so-called negative operating leverage cycle, where companies’ costs appear to be rising faster than sales.

“The operating leverage is going in the wrong direction,” Wilson said, adding it’s a theme that’s only “halfway baked” into the market. It’s all down to inflationary pressures, he added.

“Inflation now is coming down, but costs are sticky,” Wilson said. “We just think people are underestimating the magnitude of this negative operating leverage cycle, which is made worse by inflation coming down faster than expected,” he continued.

Sticky inflation is a problem several market commentators have flagged despite the Federal Reserve’s aggressive efforts to cool it down. That’s mainly because the sources of consumer price pressures have shifted to the services sector of the economy, which is less sensitive to Fed rate hikes.

“We think the market is in worse shape because equity risk premium is lower today, which means the market is not worried about risk. It’s still focused on the Fed,” Wilson said.

Wilson’s bearish view of the market feeds into his stock market outlook. He recently warned investors not to invest in this month’s stock rally as downbeat earnings are ahead.