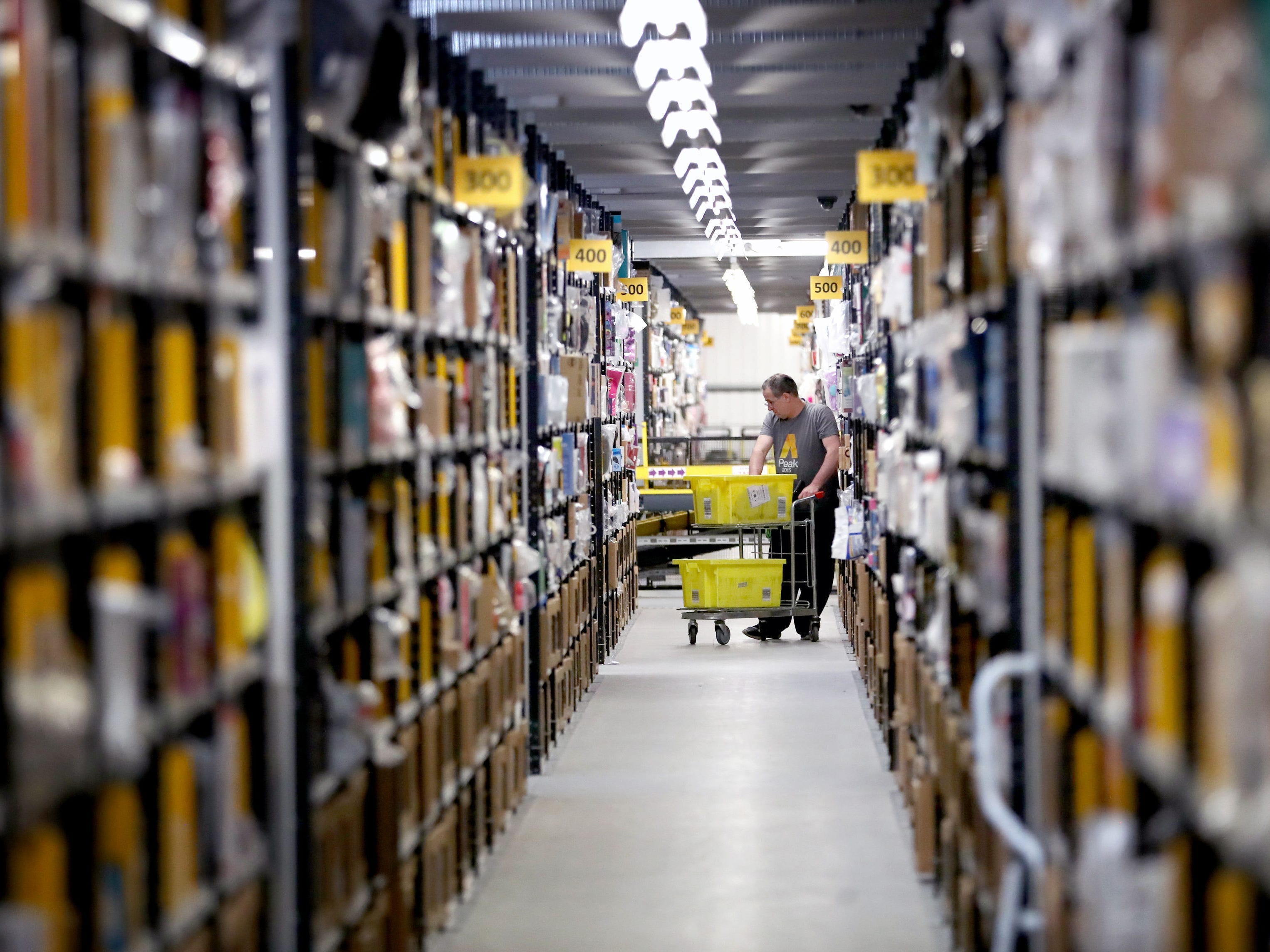 Amazon warehouse workers in Coventry, UK, are striking over pay.

An Amazon warehouse worker told the BBC the company’s robots are treated better than human staff.
Around 300 of the 1,000 workers at an Amazon warehouse in the UK began a strike over pay Wednesday.
A spokesperson for Amazon said a “tiny proportion” of its workforce was involved in the strike.

A striking Amazon warehouse worker has said the company treats its robots better than its human staff.

“I wish we were treated like robots because the robots are treated better than us,” Darren Westwood, who works at an Amazon warehouse in Coventry, UK, told BBC Breakfast in an interview that aired Wednesday.

Westwood and another Amazon worker, Garfield Hilton, told the BBC show that Amazon robots could rely on a team of technicians to help them when they broke down, whereas workers didn’t receive the same support.

Amazon is dealing with its first UK strike after around 300 of the roughly 1,000 workers at the Coventry warehouse walked out on Wednesday. The strike, over pay, was called by the GMB union after Amazon raised hourly wages at the warehouse by 50 pence (60 cents) an hour.

A spokesperson for Amazon told Insider that a “tiny proportion” of its workforce was involved in the industrial action, adding that the company was “proud to offer competitive pay.”

Stuart Richards, a GMB senior organizer, said in a statement shared with Insider: “After six months of ignoring all requests to listen to workers’ concerns, GMB urges Amazon UK bosses to do the right thing and give workers a proper pay rise.”

Westwood and Hilton told the BBC they were constantly monitored at work. Hilton said pausing work for bathroom trips could lead to questions from managers.

“The thing with stopping work is that they want to know why,” Hilton said. “So if the time is beyond a couple of minutes they can see it on the system.”

A spokesperson for Amazon told the BBC: “Performance is only measured when an employee is at their station and logged in to do their job. If an employee logs out, which they can do at any time, the performance management tool is paused.”

Amazon has faced organized walkouts from staff around the world in recent months, with workers citing unfair pay and unsafe practices.