Trump baselessly bashed Obama for transferring records from the White House to Chicago. Here’s why Obama was allowed while Trump is under scrutiny by the FBI. 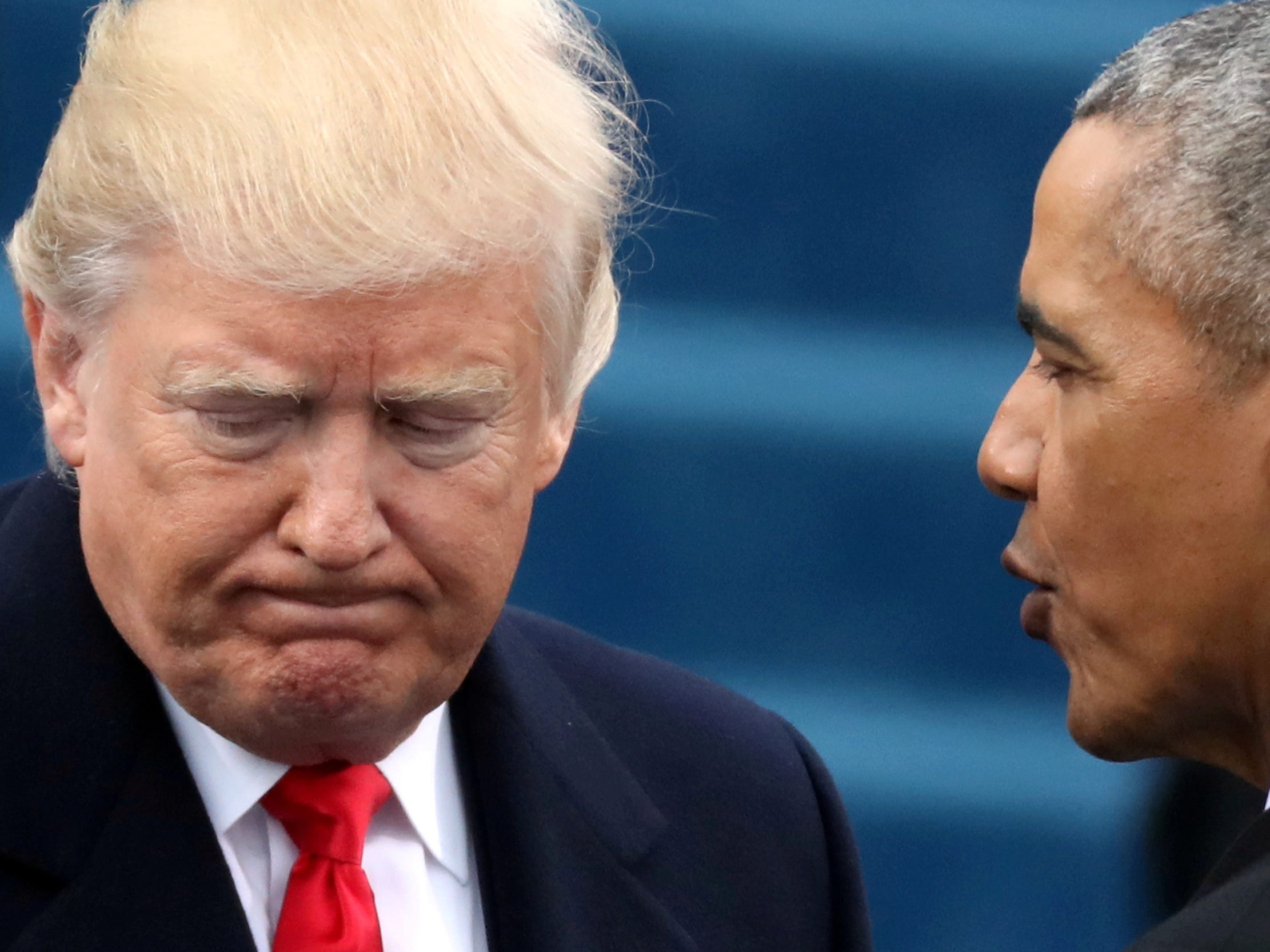 Donald Trump invoked Barack Obama while bashing the FBI raid on his Mar-a-Lago home on Monday.
Trump and Fox News delivered the whataboutism defense of Obama transferring records to Chicago after his term.
But Obama was able to so because it was processed through the National Archives, which owns the records.

Former President Donald Trump is no longer satisfied with solely talking about Hillary Clinton’s emails when it comes to deflecting potential allegations he mishandled classified documents.

Now, the former president and his allies are clinging to completely unrelated claims about President Barack Obama.

Earlier this week, the FBI executed an unprecedented search warrant on Trump’s Mar-a-Lago home in Palm Beach, Florida. It’s unclear what the FBI was looking for, but several reports linked the search warrant to the National Archives’ request early this year for the Justice Department to investigate whether Trump broke the law when he took classified government records with him to Mar-a-Lago.

In the days following the raid, Trump and his allies on Fox News delivered the whataboutism defense of Obama transferring records from the White House to Chicago for his presidential library.

“What happened to the 30 million pages of documents taken from the White House to Chicago by Barack Hussein Obama? He refused to give them back!” Trump wrote in a Thursday post on Truth Social. “What is going on? This act was strongly at odds with NARA. Will they be breaking into Obama’s ‘mansion’ in Martha’s Vineyard?”

The former president and his son Donald Trump Jr. cited an opinion piece published by The New York Post in support of their baseless accusations.

But the facts don’t quite align with Trump’s statements.

Tens of thousands of Obama’s documents were transported to Chicago. But these items were shipped to a federal government facility – exactly the thing that is supposed to happen with a president’s records. Federal law requires that presidents and their administrations keep a detailed collection of emails, documents, and even gifts from their time in office since all of those things are actually the property of the American people.

In Obama’s case, the National Archives took legal ownership of Obama’s documents and then began the long process of sorting through the material before the public could request it years later. Some of this material was then turned over to Obama’s presidential library, which, again, is the process that is supposed to happen.

Apart from the long processes, Obama’s presidential library will break from the precedent in that the Obama Foundation will pay for the unclassified records to be digitized in a bid to democratize access to the documents, in what is billed to be the “first digital archives for the first digital president,” according to The New York Times.

Trump and Trump Jr. also drew on a line from The New York Post column noting that, to date, the records transferred to Obama’s presidential library have yet to digitize the materials and make them available to the public — five years since the end of his term and when the record transfer began.

Though the delay has sparked some ire from historians and critics, the process of transferring the records themselves often take years to undertake, not to mention the task of digitizing roughly 30 million documents to be made available online.

Trump’s lawyer, on the other hand, said the feds took at least a dozen boxes containing sensitive — and reportedly some “top secret” — material from the former president’s Mar-a-Lago home, according to The Washington Post. The FBI’s search warrant was reportedly aimed at seeing if Trump had taken documents home with him that should have been turned over at the end of his term, and if so, why he did it.

Though Trump world can draw similarities between Trump and Obama both taking records from the White House, the significant difference in how they took the documents explains why the former remains under scrutiny by the FBI and the latter is still in the process of setting up a library unbothered by federal law enforcement.