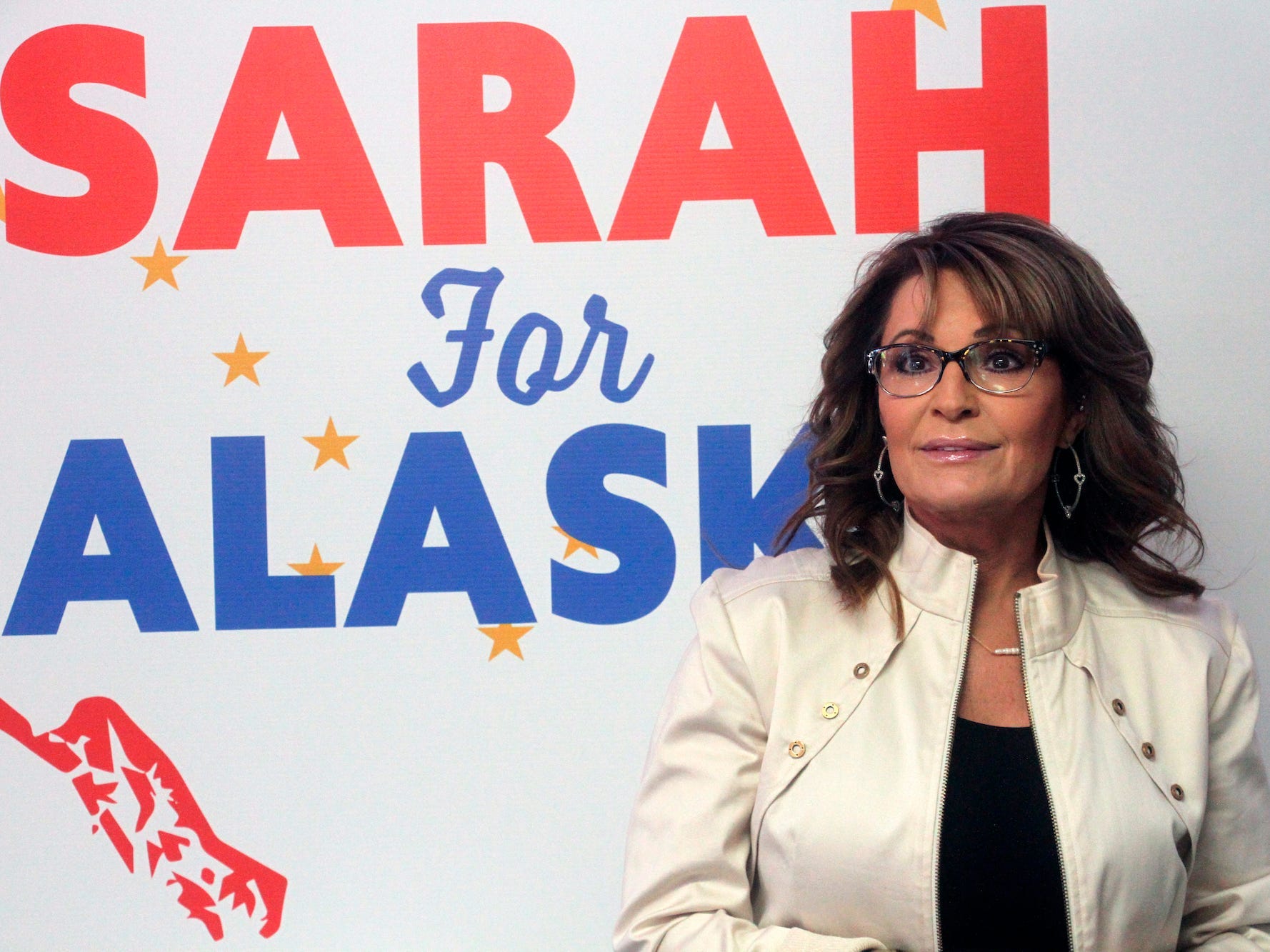 Sarah Palin is leaning into a common Trumpworld tactic of alleging election fraud after a loss.
Palin called ranked-choice voting a “newfangled, cockamamie system.”
She then alleged without evidence that it was “very, very potentially fraught” with fraud.

Sarah Palin, a former GOP vice-presidential candidate and the former Republican Governor of Alaska, has leaned into a popular Trumpworld tactic — baselessly alleging fraud after an election loss.

In an appearance on Steve Bannon’s “War Room: Pandemic” podcast, Palin complained about ranked-choice voting in the state, claiming without substantiation that there could have been voter fraud.

Ranked-choice voting involves voters ranking candidates on the ballots by preference. The system was used in the state’s recent special House election in which Palin lost to Mary Peltola, a Democrat.

During Bannon’s podcast, Palin called ranked-choice voting a “cockamamie system” and railed about how “complicated” it was. She also said that the system could lead to the “most popular, or more qualified” candidates not winning elections.

“This newfangled experiment, with ranked-choice voting, will split votes and will allow liberals to skip on in,” Palin said. “It’s a very, very potentially fraught with fraud system.”

Palin also suggested that the “entire country should be angry” and “outraged” about ranked-choice voting.

Following her loss to Peltola, Palin was seen ranting at her campaign headquarters. “Really? Alaskans want Joe Biden and Nancy Pelosi?” Palin was heard saying to those present.

Claims of voter fraud by lawmakers have become commonplace — even in the GOP’s primaries.